Sea Shepherd going back to the Faroe Islands

Sea Shepherd going back to the Faroe Islands

When Sea Shepherd went to the Faroe Islands in 2011 to get dramatic video for Discovery Channel’s Animal Planet “Whale Wars Viking Shores.”  The people of the Faroe Islands, descendants of the Vikings deprived them of that video and the show was a flop. 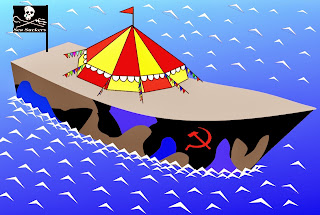 during this same year over one-thousand whales were harvested in the Faroe Islands.

In an attempt to rectify Sea Shepherd’s glowing example of hate towards they Japanese they announced they will return to the Faroe Islands in 2014.  Calling their new campaign “Operation GrindStop 2014.”  This was announced by Sea Shepherd UK.  They will not be taking their rust bucket garbage scows of their floating circus.  The brave defenders of the whales know to do so could result in confiscation of their floating circus.

“Sea Shepherd will use deterrent patrols on land and by sea…and if required will employ non-violent interventionist tactics to prevent any Grind from occurring.”

It should be noted the fugitive Paul Watson will be nowhere in or near the Faroe Islands.  Remember in 2011 when Watson and Cabin Boy pretended there was an active warrant on the fugitives head, with clam bravado the fugitive claim his freedom was a small price to pay to save one whale.  Perhaps now two years later his freedom is worth more  than the life of a whale.

Instead the Sea Shepherd drones from the United Kingdom will put themselves in situations attempting to be arrested.  At least the minions have a bit more dedication than their fugitive leader on the run.

Their Facebook page for their Faroe Island fantasy:
https://www.facebook.com/GrindStop2014?ref=br_tf 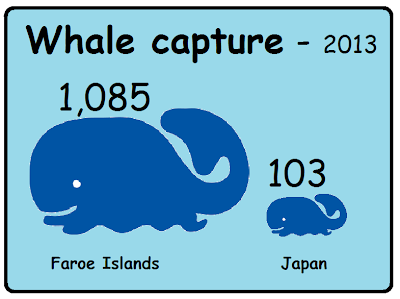 Posted by Tony aka: PropagandaBuster at 5:52 PM