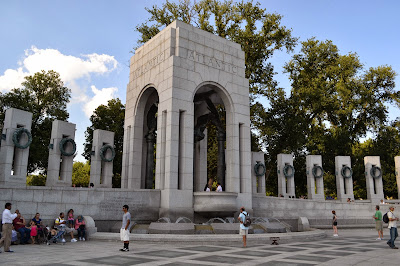 A non-profit organization conducts “Honor Flights” flying World War Two veterans to Washington, DC to visit the Memorial at no charge.  When the members of Congress and the Obama Regime could not agree on a budget due to Obamacare, the government shut down.  Under orders from The White House the World War II Memorial was barricaded and shut down.  This was done in an attempt to prevent the veterans who this Memorial was established to honor from visiting it.

These men stormed passed the barricades and continued with their visit to the Memorial.  They engaged in civil-disobedience in a non-violent manner.  This incident further demonstrated the Obama Regime and the Democrats total disregard and disrespect towards the men and women who served in the United States Armed Forces and who currently serve.  Vote Democrat and you vote against our military both present and past.

Article referenced in this video:
http://www.tulsaworld.com/news/veterans-escorted-past-barriers-at-closed-wwii-memorial/article_fb9c4159-4d68-50b8-8421-d7c4ee068bb9.html

Posted by Tony aka: PropagandaBuster at 6:20 PM