No sex in Japan?

“Why have young people in Japan stopped having sex?”

Curiously the article beings with the author (or so it seems it was the author) Abigail Haworth addressing the question of young people in Japan not having sex with a 52 year old “sex and relationship” counselor.  Wonder why “young people” were not asked?

The article reads the young in Japan are not engaging in relationships and that interprets into no sex.  Huh?  I am sure the author is aware many people engage in sex without the benefit of a relationship.
So why would the Japanese be any different? 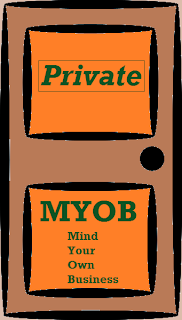 The article mentions girls 16 to 24 years old claim no sex and no relationships.  The author should be aware in Japan their personal lives are private and having sex outside the institution of marriage is private.  Not like in the West where people brag of sex outside of marriage, one needs to remember Japan is a different culture than the West.

The article claims the young in Japan are preoccupied with other interest to be concerned with sex.  Sure they have other preoccupations, however being young anywhere on this planet means one of those preoccupations is sex if not the number one preoccupation.  Once again, Japan is a private culture.

Sure Japan is not reproducing enough to repopulate.  One should not equate that with not having sex as much as it could mean protection is being used.

The article referenced in this video:
http://www.theguardian.com/world/2013/oct/20/young-people-japan-stopped-having-sex
Link to Texas Daddy store:
http://texas-daddy.shop-pro.jp/
Posted by Tony aka: PropagandaBuster at 1:08 PM