From a reliable source within the Sea Shepherd organization, the following was communicated:

People in Sea Shepherd are upset with the fugitive Watson.  Their reasons are:

1 - They do not approve of the Cove Guardians behavior in Taiji, Japan, stating it is counter- 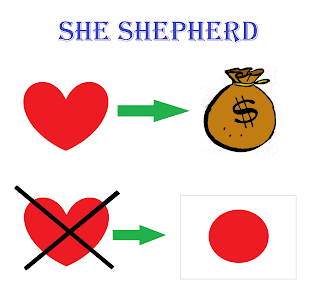 productive.
2 - The past dolphin season Taiji brought in more dolphins than in past season.  Meaning the Cove Guardians are having zero impact.
3 - Money donated to the Cove Guardian campaign is being diverted to cover the expense of keeping the fugitive a fugitive.
4 - The fugitive is still receiving his $96,000 a year salary.
5 - It cost Sea Shepherd $250,000 a year to keep the fugitive a fugitive.
6 - The vehicles they rent in Japan cost around $100.00 a day.  To date they have three vehicles which equals to $15,000 for the six months and nothing is accomplished.

Here is a photograph of the fugitive in so-called hiding enjoying the good life on the run at the expense of suckers.  Photograph link sent to me by a Sea Shepherd insider:

Posted by Tony aka: PropagandaBuster at 6:38 PM