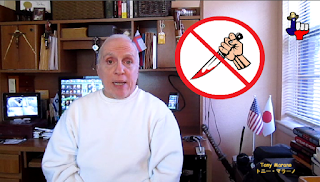 Link to above video:
https://www.youtube.com/watch?v=IEsXvZ7gjqY
London Knives Falling Down

Mayor Sadiq Khan of London, United Kingdom is proposing a ban on knives in public.  This concern arose out of an out of control knife attacks in London, along with acid attacks.  Remember in the United Kingdom owning guns is extremely difficult and illegal for most citizens.

In 2010 the commies in China in a dispute with Japan over the Senkaku Islands placed an embargo of sorts against Japan.  China reduced their export and raised the price of rare earth elements (REE) exported to Japan.

These minerals are essential in the production of many electronic devices such as computers, cell phones, etc.  China being the world’s number one exporter of this element.

The Japanese then decided to explore an alternative source.  They recently discovered a supply of rare earth elements with a supply to last for about four-hundred to seven-hundred years.  These minerals were located off the Japanese atoll of the Ogasawara Islands.  These minerals fall within the Exclusive Economic Zone (EEZ) of those islands.