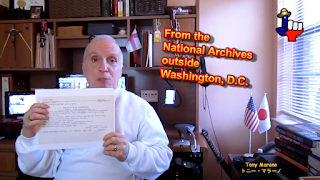 It is a 15 September 1944 film documents Tengchong, China, a trench with a number of dead bodies.  According to the added narration those dead bodies are murdered Korean Comfort Women.  They claim the Japanese murdered them.

That documentation located at the Archives note the following about those dead bodies:

According to the person who made the film it was of dead Japanese, no mention of women of any type. Claiming they were women is a purposeful lie.

Link to video without the blocked-out images:
https://www.youtube.com/watch?v=FlakpUUyTM8

Related articles reporting the misrepresentation of the truth:
http://world.kbs.co.kr/english/news/news_Dm_detail.htm?No=134281