Last week President Trump held an historic meeting with the North Korean dictator Kim Jong-un.  Then the U.S. Department of Justice Inspector General issued his report on the FBI’s Hilary’s investigation.  Both the meeting and report were good news for President Trump.  The news media and Democrats had to deflect from this good news.

That is when they resurrected a program under the Obama administration separating children from the parents who illegally entered the United States.  However instead of vilifying Obama, they blamed Trump.  Emotional liberals feel for this ruse and started accusing Trump for Obama’s activity.

Democrats, liberals, and news media, are all bemoaned it is inhuman to separate a child from his or her parent(s).  They expressed compassion for illegals in the USA.  However if a U.S. citizen violates the law, gets arrested, that person is separated from his or her children.  Where is the concern there?  None!  That is because Democrats, liberals, and the fake news media care nothing for citizens, while having a pity party for illegals.

“That moment when leftists get angry at Trump for what Obama did four years ago.”

Explaining how this program started with the Obama administration:
https://www.rushlimbaugh.com/daily/2018/06/18/unpacking-the-manufactured-migrant-children-crisis/

The Catholic Bishops in the United States this century have demonstrated collectively hypocrisy beyond comprehension.  During a Bishop’s conference (United States Conference of Catholic Bishops – USCCB) - US in Washington, DC. The Bishops invited Roman Catholic Congresswoman Nancy Pelosi (from San Francisco) to address the group.  Remember, heretic Pelosi is a major supporter of abortion at any time during a pregnancy.  This is counter to major Catholic teaching.  Yet this body of Bishops applauded heretic Pelosi.  Sickening!

Years later the Catholic Bishops at another conference in Washington, DC invited another heretic Roman Catholic, then Secretary of Health and Human Services Kathleen Sebelius, and she too received approving applause.  Ms. Sebelius is the one who pushed for Catholic institutions to be required to pay for abortions and provide birth control pills.  Her department sued the Little Sisters of the Poor over this issue.   Both of which run counter to Catholic teachings.

Ex-Vice President Joe Biden, ex-Secretary of State John Kerry, Nancy Pelosi, and Kathleen Sebelius, all self-proclaimed Roman Catholics and fervent supporters of abortion from conception up to if not after birth.  Yet not once has the august United States Conference of Catholic Bishops (USCCB) suggested the possibility of excommunicating or withholding any of the sacraments to these pro-death supporters of abortion.

Now come forward:  A current emotional issue of children being separated from their parents who enter the USA illegally as caught the attention of these Bishops.  Recently they proclaimed:

“According to the Religion News Service, Tucson Bishop Edward Weisenburger raised the possibility of implementing canonical penalties for Catholics “who are involved in this,” referring to children being separated from their families at the border. Canonical penalties can range from denial of sacraments to excommunication……”

Murdering babies no excommunication, housing children who are alive, adults can face excommunication.  That is because the pro-abortion politicians are Democrats and those enforcing the law in reference to illegals and their children are seen as Republican. Thus the Bishops overlook Democrat transgressions while attacking Republicans following the laws.

Part of an article with link below:

“At a recent press conference in Vancouver, Tlowitsis First Nation Chief John Smith also asked Sea
Shepherd to stay away. “I have a message for them. Stay away from our territory, and our partners farms. You are not invited here,” he said according to a My Comox Valley Now report. 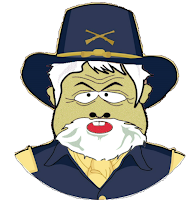 Watson’s attack upon Native Americans is repulsive and it seems he is seeking revenge for Little Bighorn or his he an hallucinated descendant of General George Armstrong Custer?

Article where forked-tongue George Watson the Horrible Custer claims they were invited by “First Nations:”
https://www.mycomoxvalleynow.com/36506/you-are-not-invited-here-tlowitsis-chief-warns-sea-shepherd/

Sea Shepherd claiming Native Americans in Canada will not be respected:
https://seawestnews.com/we-do-not-recognize-your-territorial-claims/