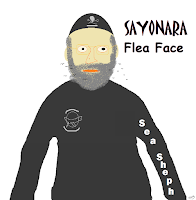 Sea Shepherd’s Scott West / Flea Face on his Facelessbook page claims he was “tossed” from the floating circus cult group (Sea Shepherd).  Mr. West once enjoyed the cult group’s title of “Sea Shepherd Director of Intelligence and Investigations.”  Did Flea Face perhaps investigate too much illustrating a lack of intelligence?  According to Scott West he was thrown out of Sea Shepherd.


It was Scott West in the early days of the Cove Guardian campaign in Taiji, Japan who led the harassment of local Japanese citizens.  When asked why he does what he does, he replied, because it was fun.


Not only was Flea Face “tossed” so was one-time Cove Guardian Campaign Leader Melissa Sehgal who met the same face as Mr. West.

With the tossing of these two notable land team Sea Shepherd members prove there is a two-tier system in the cult group.  Those who are part of the land teams are disposable, while those who sail on the rust-bucket garbage scows are part of the elites.


Mr. West on his Facelessbook page indicated it was difficult for the cult group to get volunteers into Taiji this season.  In the Faroe Islands they have held a number of whale harvests this summer and Sea Shepherd nowhere to defend Watson’s clients the whales.


With these Sea Shepherd difficulties where is cosplay Paul Watson?  He is or was in Vermont attending a Comic Book Convention.  Yep that will save whales in the Faroe Islands and dolphins in Taiji, Japan.


Flea Face noted on his Facelessbook page: “SSCS is more like a cult.”  Now he realized that?


“There have been many loyal people tossed out like trash without explanation and not much notice....myself included.


It breaks my heart to see what has become of the CG campaign and U.S. SSCS”


Link to photographs of Watson in his cosplay costume at a previous what seems to be a costume party:

Posted by Tony aka: PropagandaBuster at 4:35 PM No comments:

Michael Savage: “Do they (“they” being the Japanese) fire guns at you?”

Paul Watson:  Oh yeah, ha ha ha.  We get shot at, we get concussion grenades thrown at us, they ram our boats, they try to prop foul us.  I was struck with a bullet in 2007 but I had a bullet proof vest on.  It gets violent.”

Further into the interview Watson said:  “They (“they” being the Japanese) took thirty million dollars from the tsunami relief fund” to subsidize the whalers.

“We get shot at.”
It was Sea Shepherd from their chartered vessel who shot arrows from a bow at the Japanese vessel. 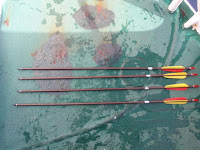 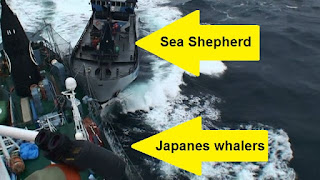 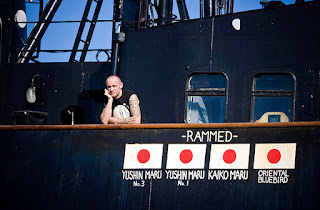 “They try to prop foul us.”
What a joke.  It was Sea Shepherd who continually deployed thick rope and / or cables into the waters with the goal of snarling the propellers on the Japanese vessels. 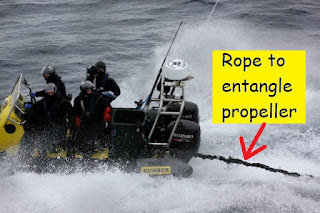 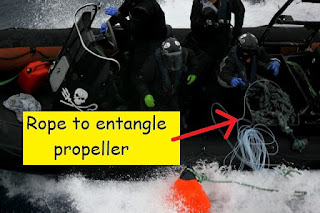 “I was struck with a bullet.”
Pure lie as exposed by at least three one-time Sea Shepherd crew members.

“It gets violent.”
It sure does with Sea Shepherd causing the violence.  They aim high power lasers at the Japanese vessel’s piolets with the aim of blinding them.  They toss lit flairs on the Japanese decks causing fires within the nets on the decks.  They hurl bottles on the Japanese decks, breaking open on the slippery decks spreading broken glass. 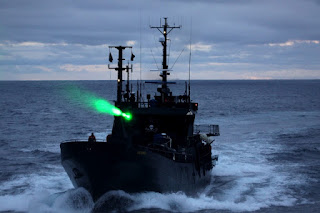 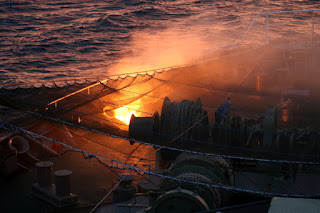 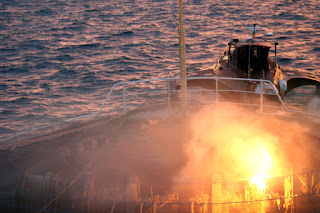 “They (“they” being the Japanese) thirty million dollars from the tsunami relief fund” to subsidize the whalers.
That statement is to lead people to believe the money came from donated money from people around the world to assist the victims of the March, 2011 earthquake tsunami.  That is a pure lie.  The thirty million came from the Japanese government to assist the whalers.  However the truth has no place in Paul Watson / Sea Shepherd’s Japan bashing rhetoric.
Posted by Tony aka: PropagandaBuster at 4:30 PM 1 comment: