In Japan the Osaka Municipal Government proposed an ordinance to curtail hate speech aimed at “racial and ethnic minorities.”   This action is a result of increasing verbal attacks against Korean residents in Osaka. 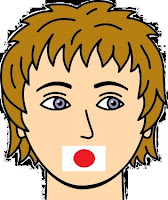 This movement in Japan to lead the nation down the road to restricted speech can be traced in part to   Osaka has a large ethnic Korean population, many of whom are second or third Japanese born residents.  In recent years demonstrations against these Koreans have intensified in their verbal attacks during rallies.  These events became ripe for liberals to exploit to drag the nation to the extreme left.

The ordinance in Osaka and the proposed legislation in the Diet on the surface are rather mild.  Please do not be deceived by that.  Liberals never stop once they achieve their first step.  Today anti ethnic group speech is outlawed, and then tomorrow other types of speech will be attacked.  Such as religious or political speech.  Is that what the average person in Japan desires to see their nation degenerate to?

This protection does not only appear in the U.S. Constitution as it also appears in the Japanese Constitution, Article  21 which reads in part: 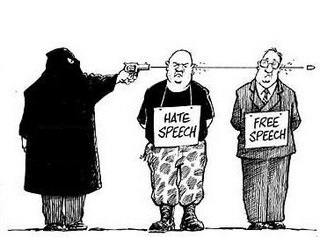 Hey Osaka, how about this hate speech:
https://www.youtube.com/watch?v=phW0aqrkYwc

Link to Texas Daddy store:
http://texas-daddy.shop-pro.jp/
Posted by Tony aka: PropagandaBuster at 6:19 PM No comments:

Japan the “victim” or “victimized?”


Japan the “victim” or “victimized?”

This year marks the 70th anniversary of the end of World War Two / Greater East Asian War and the nuclear bombs dropped on the Japanese cities of Hiroshima and Nagasaki.

At the United Nations Disarmament Committee meeting the Japanese delegation suggested during this anniversary year world leaders visit Hiroshima or Nagasaki.  Expressing a desire for world leaders to view firsthand the devastation caused by the use of nuclear weapons.  The Chinese Communist delegation was quick to object claiming Japan was trying to place itself as a victim of World War Two.  The South Korean delegation was quick to agree with the Chinese Communist delegation.

Really?  South Korean delegation agreeing with the Chinese delegation in bashing Japan?  The current South Korean government led by President Park Geun-hye (박근혜) never misses an opportunity to engage in Japan bashing even if it means creating a wedge in the Japan, USA, and South Korean alliance.

The Japan – USA – South Korean alliance has a goal of deterring and discouraging Communist aggression in Asia from the belligerents in North Korea and China.  South Korea continues to be on the receiving end of North Korean hostile actions illustrating the importance of the alliance for President Park’s country.  The safety and security of her country she continues to subvert to achieve her obsession of victimizing Japan. 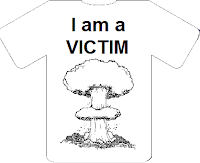 Visiting the peace park museums in Hiroshima and Nagasaki the aura is not Japan claiming to be a victim of those nuclear weapons.  It is clear to see the purpose of those museums is to illustrate the horrors of nuclear weapons seeking to urge the world to never use those weapons in the future.  The message is anti-nuclear weapons, not “woe is me I am a victim.”

Visit the gift shop at the Hiroshima Peace Park museum and t-shirts are for sale.  According to the Chinese and South Korean U.N. delegations one could expect to find a t-shirt with the following inscription, “I am a victim.”  Instead if they visited in 2011 they would have notice t-shirts memorializing the president of the country that drop those bombs, President Obama.  The inscription on the t-shirts read, “Obamajority.”

Japan is not claiming to be a victim but is being victimized by the Communist in China and their willing accomplices’ in the South Korean government.

Link to Texas Daddy store:
http://texas-daddy.shop-pro.jp/
Posted by Tony aka: PropagandaBuster at 1:45 PM No comments:

America’s war on Christians continues.  For about the last thirty years there has been a War on Christians in the United States.  Officially it is not a battle the Federal government as initiated or engaged it.  The combatants who initiated this War on Christians are liberals, pervert thespians in Hollywood, popular culture, academia, the public schools, the news media, and the Democratic Party.

Article 1 of the United States Constitution protects religious freedom and to these combatants it is a document to be ignored.  Many liberals including President Obama lament the Constitution is flawed because it is a document that protects the rights of people while restricting what government can do.  Because of this perceived flaw, it is a document to be ignored by liberals.  Hence any religious protection written into the Constitution must and will be ignored.  Welcome to 21st century America.  Now here is the part where you should imagine in your mind the playing of “The Internationale,” the international Communist Party theme.

The May 13, 2015 edition of The Dallas Morning News on their front page had an article titled “Millions in U.S. lose faith in Christianity.”  The article claims per a PEW survey those in the USA identifying as Christian sunk to around 70% as oppose to 78% a few years ago.

One could easily see the liberals and perverts in Hollywood reading this news with jubilation.  Their forty or so years of continued Christian attacks are seeing the fruits of their work.  Not so fast.  What is the forensics on this survey?  How many people were survived?  Who was survived?  How were the questions framed?  Who paid for the survey?

Reading the survey one can conclude the war on Christians has been successful in the USA, if the survey is to be accepted as “Gospel.”

The legitimacy of the survey comes into question giving the fact churches in the mid-section of the USA at an expediential rate.   There are many churches labeled “mega churches” where  their weekend attendance range from 10,000 to 50,000.  The huge influx of Mexicans  arriving in the USA the vast majority are practicing Christians (many are Roman Catholic).
Liberals + Political Correctness + Democrats = War on Christians resulting in a vanquished nation.

Please be aware today it is their War on Christian, tomorrow it will be a War on your faith.  Liberals are never satisfied with their destructive behavior has their thirst for victory can never be quenched.

Article referenced in this video:
http://www.nytimes.com/2015/05/12/upshot/big-drop-in-share-of-americans-calling-themselves-christian.html?_r=0&abt=0002&abg=1 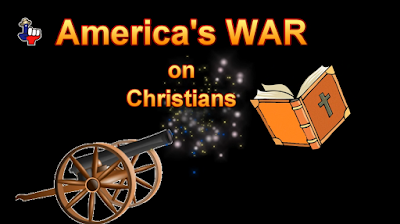 Posted by Tony aka: PropagandaBuster at 1:36 PM No comments:

The Communist government in Beijing, China demonstrated their fear of an 18 year old resident of Hong Kong named Joshua Wong.

Joshua Wong recently flew to Malaysia upon an invitation from Malaysian students to participate in a forum.  When Mr. Wong arrived at the airport in Malaysia, Malaysian Immigration refused to allow him to enter the country and deported him back to Hong Kong.

An article in The Dallas Morning News dated 27 May 2015 titled “Malaysia bars democracy activist.”  Reading the article there was no mention of China’s involvement.  Searching other U.S.A. news websites also no mention of China.  Checking the United Kingdom’s Daily Mail website revealed possible Chinese involvement as the Daily Mail has not been infected with American political correctness.

It does not take a rocket scientist to see the Communist hand of China behind this denied entry.  In the latter part of 2014 Malaysian authorities allowing their puppet masters in Beijing to pull their strings, rounded up around a hundred fifty Uighurs at the request of the Chinese government to be returned to China.

The Uighurs (Uyghur) lives mainly in western China in a region the Communist call Xingjian (the correct name for the region is East Turkistan) are Muslim.  The one hundred fifty Uighurs have never been heard from since being rounded up by compliant Malaysian authorities.  The Malaysian and the Chinese Communist claim no knowledge of their whereabouts.  This is another in a long line of examples that the Communist in China turn The Middle Kingdom (China’s nickname) into The Magic Kingdom where people disappear. 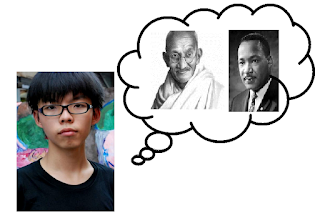 The protest in Hong Kong where Mr. Joshua Wong was one of the prominent leaders always insisted on non-violence in the spirit of India’s Mahatma Gandhi and the USA’s Reverend Doctor Martin Luther King, Jr.  The protest were labeled the “umbrella revolution” interchangeable with “umbrella movement.”

The mighty nation of communist-led China with their aggressive military, oppressive police, and enormous economy are led by leaders who live in fear of an 18 year old young man in Hong Kong.

Posted by Tony aka: PropagandaBuster at 5:33 PM No comments: