A solar plant in the Mojave Desert is responsible for frying birds while in flight.  The solar farm is operated by BrightSource Energy.  The birds fly into the sun rays relayed from the solar panel to the power towers.  This causes the birds to be fried, incinerated.  The birds instantly are zapped, start smoking, and fall to the ground.  They are called “streamers.”

Animal rights groups are concerned the environmentalist are eliminating an estimated 28,000 birds a year.

Article  referenced in this video:
http://abcnews.go.com/Technology/wireStory/emerging-solar-plants-scorch-birds-mid-air-25017031 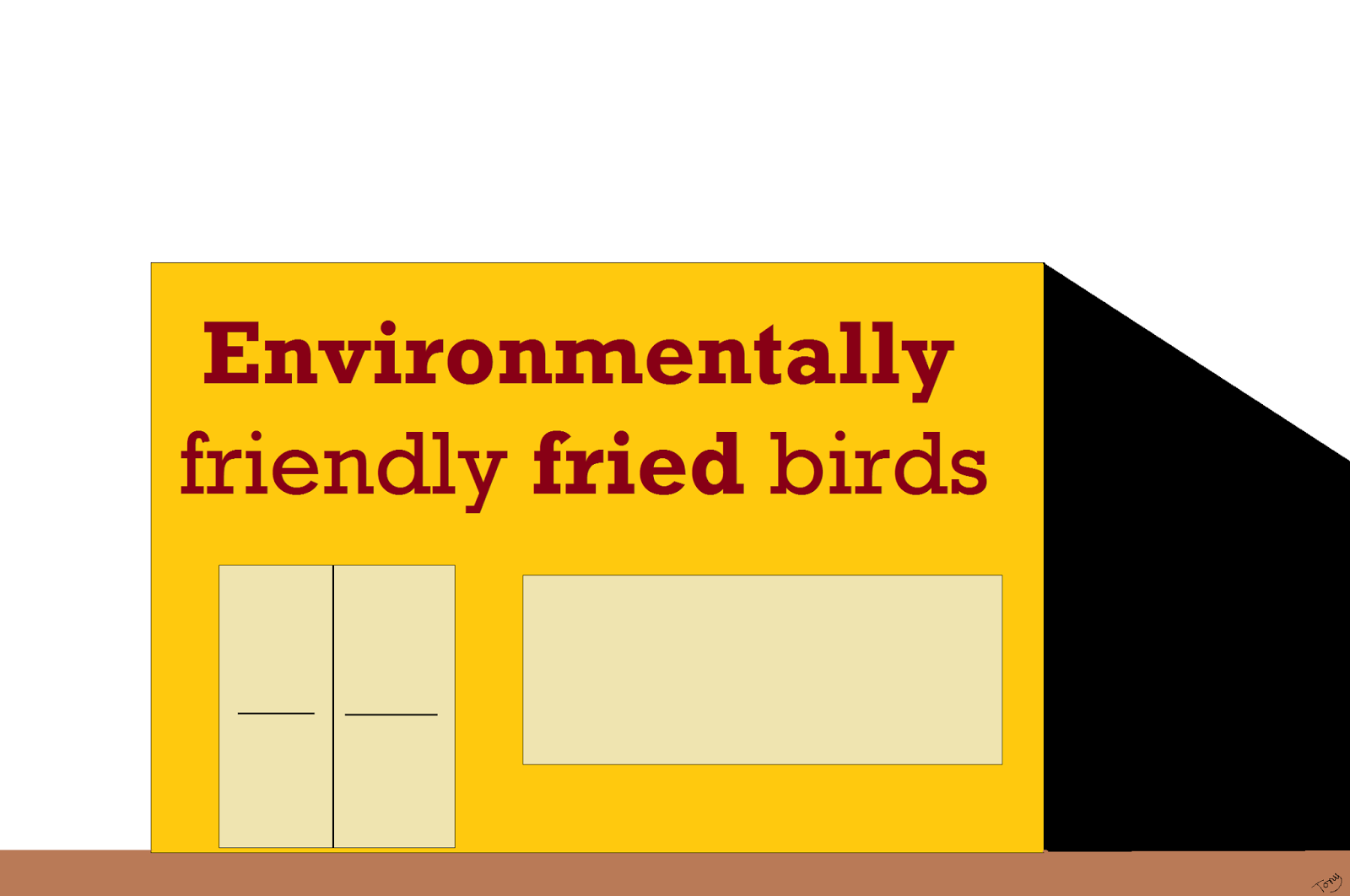 The clowns of that cult group, the floating circus Sea Shepherd are in the Faroe Islands preforming in a traveling clown road show.  Recently one of their clown cars was driving down a remote narrow road in search of a possible grind when a ditch was challenged and the ditch won.  Or perhaps the ditch rose up and engulfed part of the clown car.  Maybe a Faroese drove by and ran them into the ditch?  Better yet, it was Ninja’s from Japan.

These clowns never take responsibility for their actions so it must have been an outside forced that ditched them.

A big thanks to Sea Shepherd for providing volumes of material for these videos.  Urging people to donate to keep the floating circus afloat.  Remember these clowns spend good money in the Faroe Islands as well as providing free entertainment.  Also the cult group’s Cove Coward Guardians contribute to the economy in Taiji, Japan while leaving a king’s ransom there.

All this and where is Don Corleone Watson?

Here is the link to Sea Shepherd’s website where you can donate money.  Please give until it hurts so the rest of us can hurt while laughing:
http://www.seashepherd.org/
Link to Texas Daddy store:
http://texas-daddy.shop-pro.jp/

Posted by Tony aka: PropagandaBuster at 9:53 AM No comments:

Texas Governor Rick Perry was indicted by a grand jury for what is claimed to be abuse of power.  The charges filed by special prosecutor Michael McCrum.  The charges were filed in Travis County.  Travis County is nicked named the “San Francisco of the South.”  Travis County being where Austin is located and a very liberal city by Texas standards.

Background:  Travis County District Attorney Democrat Rosemary Lehmberg was arrested for driving while intoxicated (DWI).  Her office handled the “Public Integrity Unit.”  Republican Governor Rick Perry asked her to resign because of her arrest, she lost the public trust.  Lehmberg refused.  When a bill came on his desk to fund her office $7.5 million, he vetoed it.  Lehmberg’s blood alcohol level was three times the legal limit.

At the time of her arrest for DWI her office was investigating one of Governor Perry’s project “Cancer Prevention and Research Institute of Texas.”  If she did resign, the Governor would have named her successor.

Craig McDonald director of a nonprofit campaign watchdog group Texans for Public Justice made the allegations of criminal wrongdoing by the Governor.

Governor Rick Perry is the first of the Republican 2016 Presidential candidates attempted to be taken out by the news media and Democrats.  The two groups did this in 2008 and this round starting two years early.

Article 4, section 14 of the Texas Constitution empowers veto option to the Governor.  It reads in part:

“Every bill which shall have passed both houses of the Legislature shall be presented to the Governor for his approval. If he approve he shall sign it; but if he disapprove it, he shall return it, with his objections, to the House in which it originated, which House shall enter the objections at large upon its journal, and proceed to reconsider it.”

Video of Rosemary Lehmberg being booked for DWI:
https://www.youtube.com/watch?v=s7y7oJ266qI

Link to Texas Daddy store:
http://texas-daddy.shop-pro.jp/
Posted by Tony aka: PropagandaBuster at 9:48 AM No comments:

The clowns of that cult group, the floating circus Sea Shepherd are in the Faroe Islands performing magic tricks making things disappear.

The mayor of the village Sandur in the Faroe Islands placed a notice on a public toilet there that reads:


This building with all its facilities is property of the village of Sanur.


All locals and visitors to the Island of Sandoy may use these facilities.


However, supporters of and people connected to the organization of Sea Shepherd are NOT welcome to use the facilities, provided by the village of Sandur.”

This was made necessary because of reports claiming the clowns of the floating circus were stealing toilet paper out of the facility.  Another magic act.

All this and where is Don Corleone Watson?
Link to Texas Daddy store:
http://texas-daddy.shop-pro.jp/

Posted by Tony aka: PropagandaBuster at 9:43 AM No comments:

New Zealand politically correct - how sad is that?


New Zealand politically correct -
how sad is that?

People in countries other than the USA, beware of American style liberalism as it will destroy your nation as it did the USA.  Perhaps New Zealand needs to heed this warning.

An article appearing in The Dallas Morning News from the Associated Press explores political correctness in New Zealand in reference to an election campaign taking place in the Kiwi nation.  Mr. Winston Peters from the New Zealand First Party, noted for their anti-illegal immigrant posture was critical of the government allowing foreigners from China to purchase land.  Mr. Peters was quoted as saying “As they say in Beijing, two Wongs don’t make a white.”

As a result he was accused of making a racially charged comment.  Really?  Are people that wound up that a harmless joke about a name is reason to be critical?  Mr. Peters later related that joke was told to him by a Chinese gentleman in China.  So if the Chinese can tell that joke why is Mr. Peters being criticized?

His concern about Chinese purchasing land in New Zealand has nothing to do with it because they are Chinese.  It is rooted in the fear of what dubious plans the Communist in Beijing have for that land?  Same concerns are found throughout the USA also.  If there was no Communist government in Beijing, odds are Mr. Peters and others would not be concerned about Chinese purchasing land in New Zealand.

Remember this; if his comment was anti-Chinese it does not make it a racist comment because “Chinese” is not a race.

Mr. Steve Gibson a candidate for the Labour Party posted on Facebook a description “Shonky Jonkey Shylock…..” in reference to his opponent.  He was criticized as being anti-Semitic for using the word “Shylock.”  Really?  The word “shylock” in the USA has been used as a euphemism for someone not to borrow money from because of the extremely high interest and questionable behavior.

The accusation of “shylock” being anti-Semitic is being extracted from a play written anywhere between 1596 and 1598 by William Shakespeare titled “The Merchant of Venice.”  The play references “Shylock” as a Jewish moneylender.  If the reference in the play was meant to be anti-Semitic, the term no longer resembles its supposed original intent.  That word over the centuries has evolved to meaning a cruel moneylender totally void of any anti-Semitic overtones or undertones.

In the late 1800’s in the USA if one had a “gay” time, it meant having fun and being happy.  In 21st century America “gay” is in reference to sexuality.

Article referenced in this video:
http://www.nzherald.co.nz/world/news/article.cfm?c_id=2&objectid=11308978

Link to Texas Daddy store:
http://texas-daddy.shop-pro.jp/
Posted by Tony aka: PropagandaBuster at 9:40 AM No comments: