"Peace in our time" AGAIN? 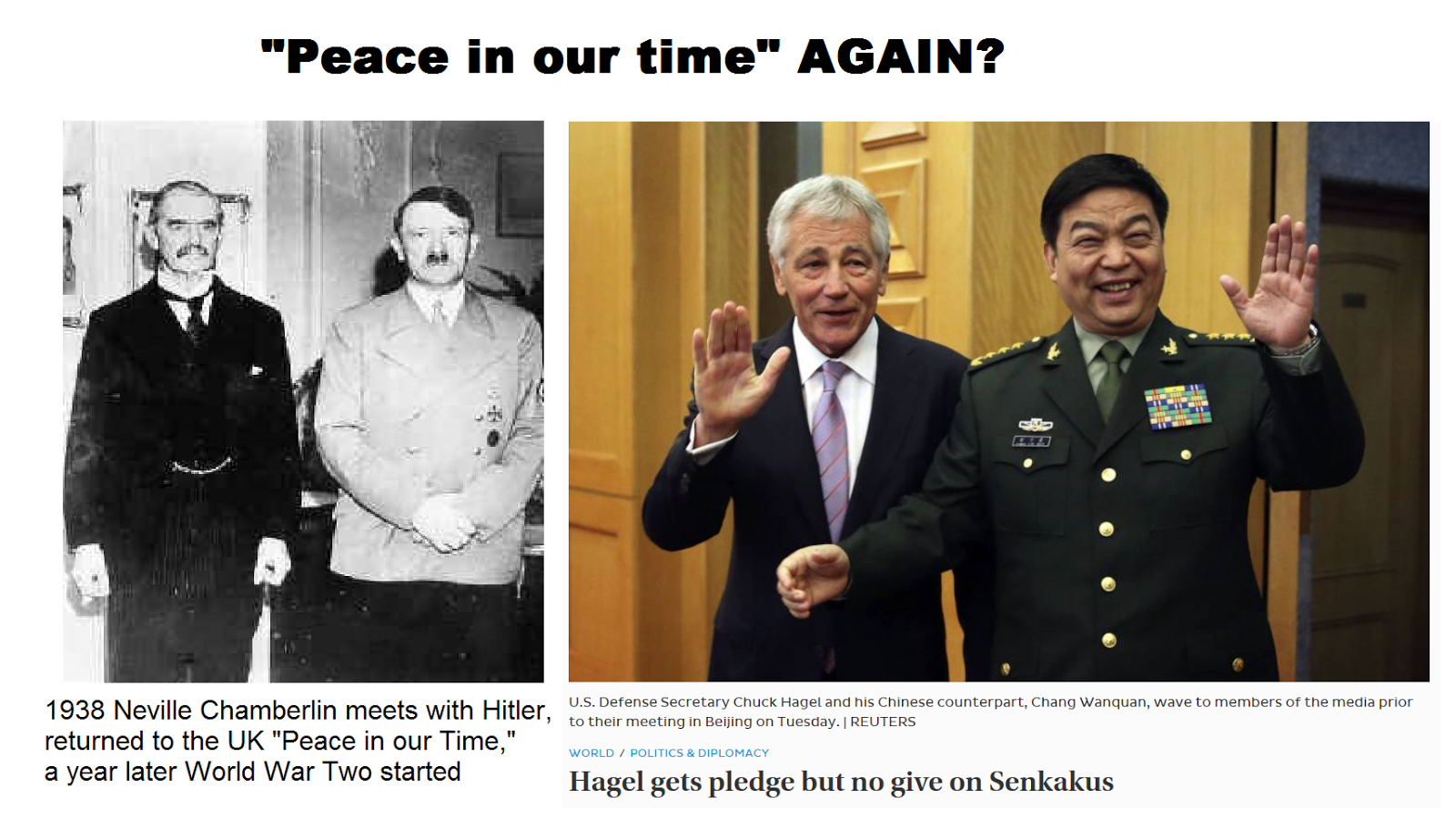 Article in reference to Hagel and the commie general:
http://www.japantimes.co.jp/news/2014/04/08/world/hagel-gets-pledge-but-no-give-on-senkakus/#.U0RDH-Yo5wE

Posted by Tony aka: PropagandaBuster at 2:24 PM No comments:

Sea Shepherd announced their next mission titled “GrindStop 2014,” targeting the good people of the Faroe Islands.

Background:  The Faroe Islands located in the North Atlantic Ocean roughly between Norway and Iceland.  The people decedents from the Vikings have a unique form of whaling.  The whales swim into the Faroe Islands fjords then are guided by the Faroese boats to the beach, where the whales are harvested for free food for the islanders.  When this happens the Faroese call it “the Grind,” or a “Grind,’ (Grindadrap).  Thus the name “GrindStop 2014” by Sea Shepherd.

The Sea Shepherd floating circus plans to arrive in the Faroe Islands July and August of 2014 claiming to bring 400 to 500 volunteers.  Their goal is to broadcast to the world the whale harvesting on the beach as well as attempting to disrupt the flow of free food.

Is this normal behavior?

When the group removed the word, it was allowed back on the air.

http://kotaku.com/korean-tv-network-bans-pop-song-for-using-japanese-1557453217
Posted by Tony aka: PropagandaBuster at 12:27 PM No comments:

With the recent ruling by the UN International Court of Justice blocking Japan from whaling in the Southern Ocean, what is Sea Shepherd to do?  The issue was brought before the Court by Australia, a hotbed of Sea Shepherd support.

Pope Paul the Watson and the cultists belonging to the floating circus need another venue to garner money from suckers now that the Japanese whalers are no longer their target.  How about Russia?

When the Russians took over the Crimea, from the Ukraine, they acquired a Ukraine military dolphin training camp.  In this camp the Ukrainians trained dolphins to be suicide bombers and to attack humans.  Remember now Sea Shepherd Cove Guardians for six months out of a year harass the people of Taiji, Japan for capturing dolphins.  The captured dolphins are then used for food and / or shipped off to mariners around the world.

Sea Shepherd with their holiness Pope Paul the Watson with their rust bucket garbage scows should sail into the Black Sea to defend if not free these soon to be suicide bombers and / or murders. If you believe that will ever happen either the attempt at freedom or embassy protest, then perhaps you should look into purchasing the bridge for sale in Brooklyn.

Posted by Tony aka: PropagandaBuster at 5:04 PM 2 comments:

When President Obama was running for president in 2008 he campaigned saying the USA under President Bush lost respect around the world.  This was regurgitated by fellow Democrats and the bias news media.

When he got elected and was coroneted President, we were told the world was now going to respect the USA.  Really?  The whole world now is laughing more at the USA than in any time in history. 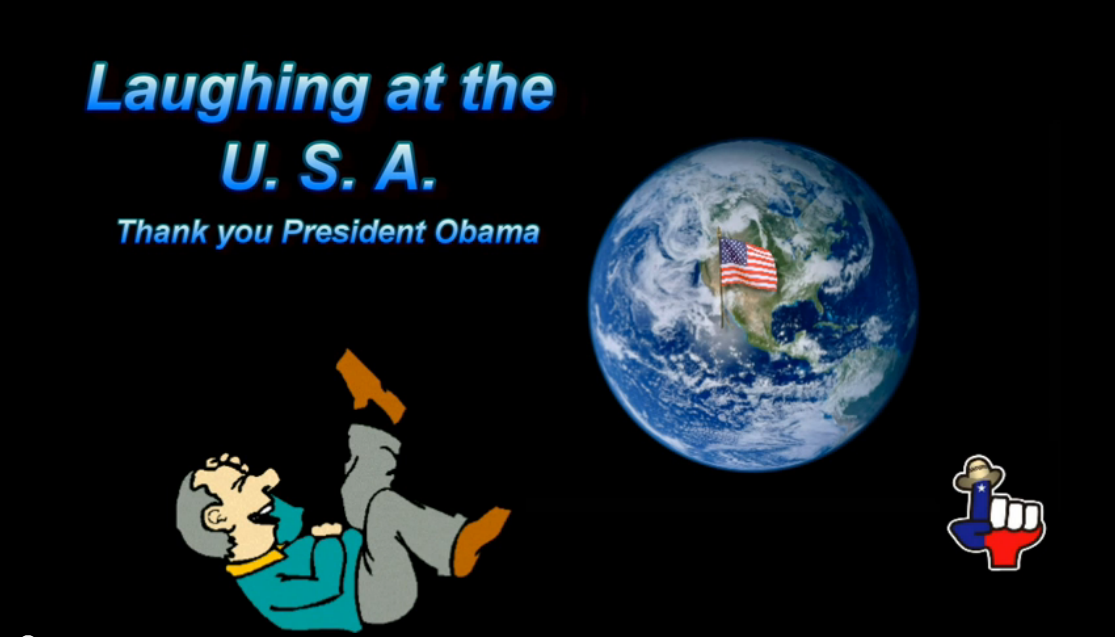 Posted by Tony aka: PropagandaBuster at 5:01 PM No comments: