There are a group of Koreans in the United States and South Korea I label as the “Comfort Women Mafia.”  Understand this labeling is not intended to be applied to those women currently claiming to have been Comfort Women forced into service by the Japanese Imperial Military.  This is all about those who are exploiting this issue for either personal gain or pure hate for the nation and people of Japan.  Old fashion Japan-bashing.

Very simple:  The Comfort Women Mafia’s one area of motivation is to bash Japan.  Their goal is to tarnish the image of Japan among the populace in the USA.  How come as of date there are no Comfort Women memorials in Mexico, Brazil, Thailand, South Africa, Spain, or Finland?  There are no such memorials in the fore mentioned countries because currently the goal is to diminish Japan’s image in the USA.

The city of Glendale, California eagerly participated in this form of Japan bashing by placing a statue of a Comfort Women in one of their city’s public parks.   In 2013 two friends from Japan, Shun and Mit along with me traveled to Glendale, California. 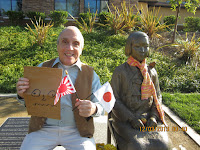 We visited the Comfort Women statue in Glendale’s public city park.  We proceeded to take a series of photographs with us sitting next to the statue, with a paper bag over the head of the statue, and me holding two Japanese flags.  The two flags were Japan’s national flag (Hinomaru) and the Japanese Navy flag (The Rising Sun Flag / Kyokujitsu-ki).

We placed the photographs of me sitting next to the statue with the flags on social media, mainly Facebook.  These photographs caused a firestorm of hate and protest from Koreans in the USA and South Korea.  I received around two-thousand hateful messages almost all starting with “F**k you.”  Around five hundred were disturbing death threats. 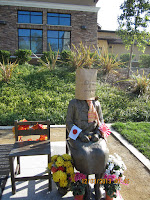 Here are some of the quotes from a few messages:

“I want to kill you.”
“I know where you live.  Watch your back.  I am going to kill you.”
“I kill your mother and your family.”
“I will find ur location and kick ur ass soon   Wait for me its not going to take much time.”
“25 Dec I will kill you.”
“If I don’t see your apology note I will be forced to track you down….”
“50000000 people hate you and 10 people planning kill you.”
“Remove your eyes, and will make you eat them.  That’s my only purpose for my lifetime.”

A few of the messages were polite and questioned why I did what I did by sitting next to the statue with the flags and paper bag.  I explained what I did next to that statue happens to statues in American city public parks all across the USA.  We call that “freedom of expression.”  As long as I did not deface or damage the statue I was participating in an American tradition.

I continued with if an American exercising “freedom of expression” in an American city’s public park is offensive, then perhaps that statue should be moved to private property or sent to South Korea.  One or two understood while others replied with “F**k you.”

Some additional thoughts on the Comfort Women issue:

1 - During the period of 1910 to 1945 the average population of Korea was around 20 million.  Koreans claim around 200,000 of their women were forced to be sex slaves (Comfort Women) for the Japanese military.  In today's numbers using the USA as an example that represents around 3 million American women would have been forced to be Comfort Women.  Can you image 3 million American women being dragged off to be Comfort Women what the reaction would be from American men?

2 - Where were the Korean men while 200,000 of their women were being dragged off to sexual servitude?  Perhaps they were standing in line to join the Japanese Imperial Army.  Nearly 800,000 Korean men attempted to join the Japanese Imperial Army while only 17,644 got accepted.  Would these 800,000 volunteer to join an army responsible for forcing 200,000 of their women into sexual slavery?

4 - During World War Two Japan occupied around 22 nations / territories.  How come out of the 22 nations only two (South Korea and red China) are pursuing this Comfort Women issue?  The other nations said to have been involved are not bellyaching currently over this issue.  How come?

5 - In 2005 it was revealed in 1965 a settlement was agreed to (1965 Korea-Japan Claims Settlement Agreement), and signed by South Korea and Japan.  In addition as part of this settlement $800 million and soft loans (loans below market interest rates) given to the South Korean government by the nation of Japan.  Part of the agreement was this to be a final agreement on closing any claims in the future by individuals in South Korea and / or the South Korean government against Japan for any activity between 1910 and 1945.

6 - In 1944 some Comfort Women were captured by the United States Army.  The USA Army issued a report after interrogating the women.  The report states they were “well-paid prostitutes.”  Also states they enjoyed social events such as picnics, dances, sporting events with members of the Japanese Imperial Army.  Do sex slaves get to do that?  They also enjoyed shopping trips spending their earnings.

7 - This Comfort Women issued current day is nothing but pure Japan bashing and seeking another round of payments.

8 - The Communist in China are in support of keeping the Comfort Women issue alive as it servers to keep a division among the South Korean – Japan – USA alliance.

9 – During World War Two the USA and Japan both did horrible things to one-another and yet today are the best of friends and allies.  Even if the Comfort Women issue is as the Koreans and Chinese claim, it was over 70 years ago and should not be used as a vehicle to bash Japan.

Recently Japan’s Prime Minister Shinzo Abe and South Korea’s President Park came to an agreement to put this issue behind them.  Prime Minister Abe issued a “sincere” apology and announced Japan will pay over eight million dollars to a fund that provides for the former Comfort Women still alive.

They are now claiming Japan must accept “legal responsibility.”  Where did that come from?  This new demand of “legal responsibility” was basically unheard of.  It is appearing now for the sole purpose of keeping the Japan-bashing active.  Also to prove it was not about a “sincere” apology or the money because they got what they wanted and now claim additional demands.

The surviving Comfort Women are now demanding money is paid directly to them and not to a fund set up to care for them.  As long as there is a South Korea and a Japan on both sides of the Sea of Japan this issue will always be a cyst in the diplomatic relations between the two countries.  The hate for Japan runs deep and is strong on the Korean peninsula.

A peculiar aspect of this agreement is how this agreement was greeted by the populace in both countries.  Conservatives in support of President Park in South Korea are now critical of the Comfort Women Mafia for their continued demands and expression of hate.

In Japan conservatives are upset because Prime Minister Abe issued the latest apology (over fifty have been issued by the government of Japan in the last seventy years) and upset because of this latest round of money being paid.

While the Comfort Women Mafia remains active in their promotion of hate, the Communist in Beijing, China are delighted to see a thorny issue alive within the Japan – USA – South Korean alliance. 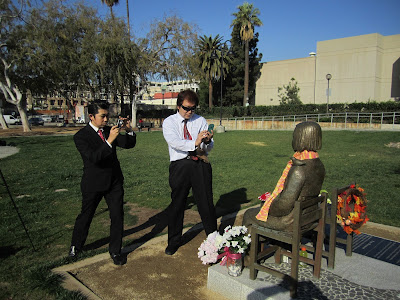 Posted by Tony aka: PropagandaBuster at 7:28 PM 11 comments: 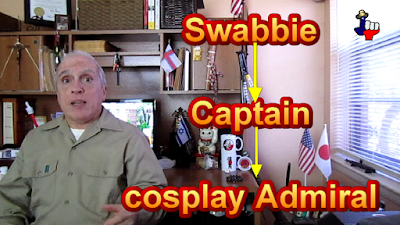 The bullies of the floating circus cult group Sea Shepheard are complaining they are unable to locate the Japanese whaling fleet in the Southern Ocean.  The criminal cult leader cosplay Watson is demanding Australia and New Zealand send vessels in the region to assist in the search.

Watson rose from a swabbie deckhand to self-proclaimed captain and elevated by his minions to admiral.  The cosplay admiral (criminal Watson) has nine vessels in his cult group.  These nine vessels paid for by minions around the globe with the primary goal of interdicting the Japanese whaling fleet.  Watson sent only one vessel into the Southern Ocean to interdict the Japanese whaling fleet.  What about the other eight vessels?

The political situation in Japan has changed and the authorities have been getting assertive in their handling of Sea Shepherd disposable minions in Taiji, Japan.  Japan has reexamined their legal documents allowing them to use their navy and / or coast guard in defense of their interest.  There is the reason criminal Watson only sent one vessel fearing confiscation by the Japanese.  Because of this fear the bullies are now demanding New Zealand and Australia act on their behalf.  What a joke.

Music: “English Jig” from JewelBeat.com.
Note:  Faint beeping sound in parts of this video due to heavy equipment working on the street outside the window in the room where this video was made.

Link to Texas Daddy store:
http://texas-daddy.shop-pro.jp/
Posted by Tony aka: PropagandaBuster at 1:23 PM No comments:

Sea Shepherd another arrest or “hot or not” 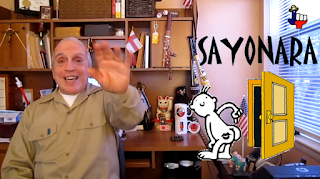 Link to above video:
https://www.youtube.com/watch?v=NIJ-rDTG3xA
Sea Shepherd another arrest or “hot or not”

The titular head of the cult group Sea Shepherd criminal Watson wanted on three continents established a jewelry fashion statement by wearing handcuffs.  Many of his minions followed his example by getting arrested in the Faroe Islands. 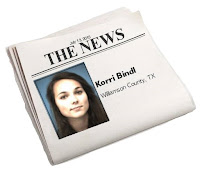 Currently in Taiji, Japan Sea Shepherd’s sub-group the disposable land crew of the Cove Guardians have or had among their miniscule numbers a Korri Myshel Bindl (Korri Bindl).  In July, 2015 Ms. Bindl sported criminal Watson’s handcuff jewelry by getting arrested in Williamson County, Texas by the Georgetown Police Department, booking number 2015-07128.  The charge was “theft.”

When a foreigner such as Ms. Bindl enters Japan must fill out an immigration form.  The form asked if ever been arrested.  Did Ms. Bindle omit reporting are Texas arrest?  Her Texas arrest information has been forwarded to the proper authorities in Japan.  Ms. Bindl may be hearing “sayonara” soon and start packing her luggage.

Here she is on “Hot or not”
https://hotornot.com/profile/korri.bindl