America the Stupid, another video


America the Stupid, another video

A recent article appearing in The Dallas Morning News, reprinted from The New York Times, titled “America is barely a C student.  The article addresses the ignorance of Americans compared to other nations.

In three areas, reading skills, math skills, and problem solving the USA scored 16th, 21st, and 17th respectively.  Appearing number one in all three categories was Japan.  The USA scores were below the average score.

The converting of American public schools in the last forty years from institutions of learning to re-education camps has now been documented.  While the rest of the world concentrates on educating in reading, math, and other established disciplines, the USA moved to political correctness.  The re-education camps in the USA major in conflict resolution, if it feels good do it, veganism, environmentalism, gender neutrality, animal rights, man-made global warming, and other assorted societal degradation.

The study was conducted by the Organization for Economic Cooperation and Development.  The sample was taken from 5,000 people in 23 countries, ages 16 to 65. 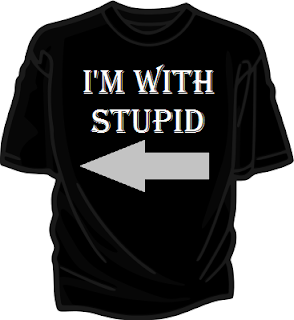 Past “American the Stupid” videos:
http://www.youtube.com/watch?v=OP0WMIDtMq4

The video was corrupted by gremlins ruining the aspect ratio:
http://www.youtube.com/watch?v=DkYgIeVVjwY

Link to Texas Daddy store:
http://texas-daddy.shop-pro.jp/
Posted by Tony aka: PropagandaBuster at 3:29 PM