Back in the day when the Evil Empire / the Soviet Union / USSR was menacing the peace on this planet the commies had a spy agency named Komitet gosudarstvennoy bezopasnosti / Committee for State Security, euphemistically referred to as the KGB. 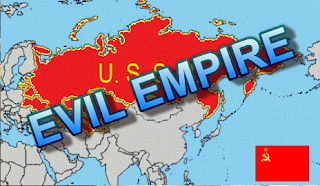 KGB agents sought to get assignments in the USA for a host of reasons.  One of which was intelligence gathering was easy in the USA.  They would say all one had to do was read The New York Times and all of Americas secrets were published.

Now that the Evil Empire collapsed the American news media found another American adversary to assist, this time involving the enemies in the War on Terror.  The news media helped identify a soft target in the USA, ballistic missile command post.  It was reported the blast doors were left open while those on duty napped.  Why report in October these incidents that happened in April and August?  Helping the enemy?  Yellow journalism?  Assisting terrorist as they assisted the commies? 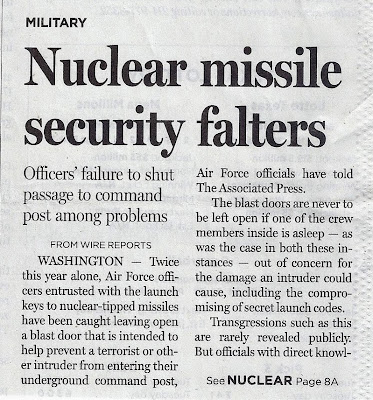 Posted by Tony aka: PropagandaBuster at 2:57 PM