The Asian nation of Burma (changed to “Myanmar” by the commies and approved by the American commie-loving news media) is a Buddhist nation by majority.  In the past few years there have been Buddhist riots against the Muslim minority in remote areas of the country. 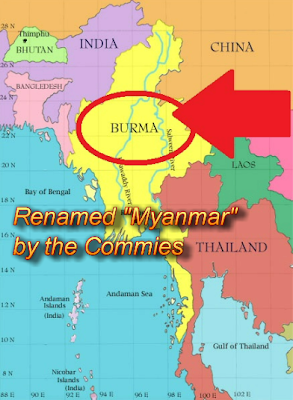 On October 3rd, 2013 in The Dallas Morning News appeared an itty-bitty article reprinted from The New York Times.  The article reports on Buddhist violence towards the Muslims and does not mention the reason.

Understand the “reason” does not justify the violence, however due to political correctness in the USA, the American news media refuses to report anything negative involving Muslims.  Some of the Buddhist riots were precipitated by a Muslim gang rape, murder, and attempted rape of Buddhist women.

The Muslims were wrong for the rapes, and murder, while the violent Buddhist response is wrong.  Adding to those wrongs comes the American news media in an attempt to protect Muslims while vilifying Buddhist.

Itty-bitty article referenced from this video was taken in part from this New York Times article:
http://www.nytimes.com/2013/10/03/world/asia/myanmar-violence-buddhists-muslims.html?_r=0 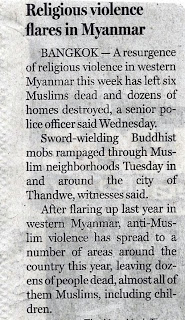 Political correctness in this report.  Notice when reporting Muslim violence the reporter uses the word “alleged.”  However when mentioning Buddhist violence, the word “alleged” is omitted:
http://www.liveleak.com/view?i=3c3_1339020721

Link to Texas Daddy store:
http://texas-daddy.shop-pro.jp/
Posted by Tony aka: PropagandaBuster at 6:05 PM