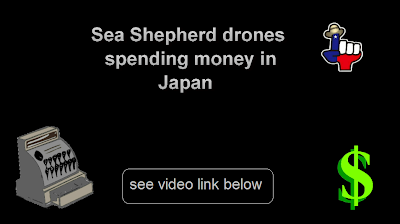 Link to video on this topic:
http://www.youtube.com/watch?v=kBeyY6uGJYs

Put all that aside, they may not spend money in Taiji, but they are spending good and a lot of money in Japan.  Once again running into conflict with their supporters / minions.  If you look at the Cove Guardian Facebook page it is easy to locate numerous comments urging all to “BOYCOTT JAPAN,” and Japanese products.  The Cove Guardians ignore these pleas with the purchase of the Japanese cameras, renting numerous vehicles at about $100.00 a day each, expensive hotel rooms, costly fuel, food, and other items needed to sustain their lavish lifestyle while boycotting Japan in Japan. 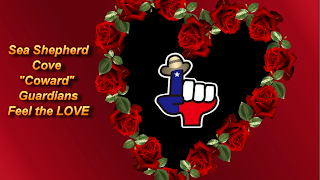 Posted by Tony aka: PropagandaBuster at 10:19 AM