Cove Guardians in Taiji, Japan and their recent posting on their Facebook page. 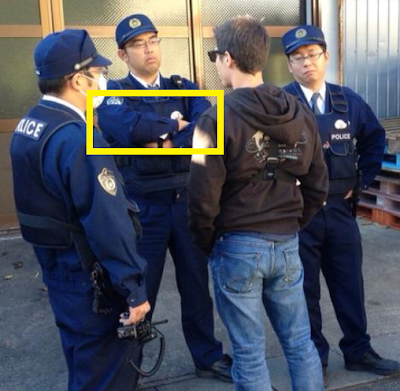 A Cove Guardian talking with Taiji police officers.  Notice the police officer with his arms crossed.  In response to the above photograph one of their arm-chair physic analyst, a self-proclaimed body language expert supporter left the following comment:

Apparently the self-proclaimed body language expert is no rocket scientist when it comes to photograph comprehension.  The below photograph is the banner photograph for the Cove Guardian Facebook page.  Notice all but one has their arms crossed:

Perhaps it is just another example of liberal hypocrisy laden with a double standard.  When the Taiji police officer stand with his arms crossed he is hiding "something or feels threatened."  When the Cove Guardians cross their arms it is in self righteous indignation.

UPDATE:  The Cove Guardians changed their banner photograph with only one minion with arms crossed: 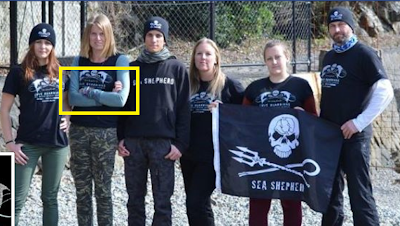 In the photograph below one Taiji police officer is wearing a medical face mask. 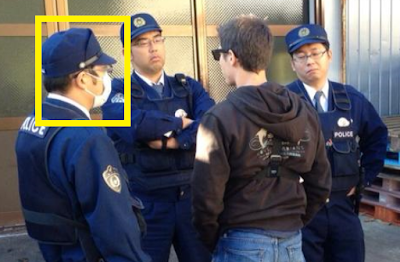 Perhaps the person thinks they were being observant by noticing the medical face mask.  However she only accomplished illustrating her cultural depravity.  Many people in Japan where these mask for one of two reasons:  1) protection against airborne ailments.  2) to minimize the spread of anything from them.

In the below comment the person attempts to vilify the slaughtering and capturing of dolphins as oppose to what happens to cows:

So there is a humane way to slaughter an animal?  Does the humanely slaughtered animal know that?  No matter how fast the slaughter may take place it is still a slaughter and an animal is experiencing loss of life.  The person also claims cows are not taken to a zoo or have to perform tricks.  Apparently this person has never been to a rodeo.

Posted by Tony aka: PropagandaBuster at 3:20 PM