Is Paul Watson in the USA?


Is Sea Shepherd cult leader the fugitive
Paul Watson in the USA?


The fugitive Paul Watson of Sea Shepherd claims he arrived in the United States entering through   What is curious he claims the “red notice” from INTERPOL has been dropped from Costa Rica.  Looking at INTERPOL’s website the only red notice for the fugitive is from Japan. 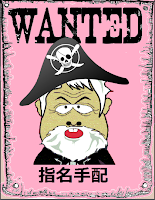 However per the Tico Times, a Costa Rica news agency, the red notice was not dropped by the Costa Rica government.  So what is going on here?

As of this writing the only report of the fugitive being the USA has been on Sea Shepherd friendly blogs, websites, and Sea Shepherd compliant Australian news media, sprinkled with New Zealand fellow worshipers.  How come no major news USA organization has reported this?

Sea Shepherd and their fugitive cult leader have been known to lie in the past.  Are they perpetrating another lie / hoax?  If so, to what end?

NOTE: It has been confirmed, the fugitive has arrived in the USA.

Note in the photograph released by Sea Shepherd supposedly showing the fugitive after arriving in the USA.  Conspicuously “flea face “(Scott West) is missing: 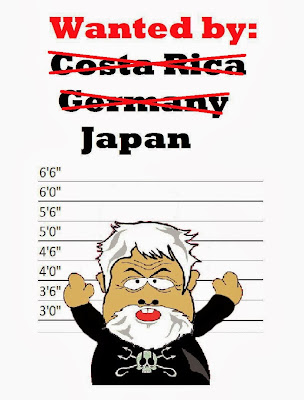 Posted by Tony aka: PropagandaBuster at 2:44 PM