"Save the Dolphin" deception

"Save the Dolphin" deception
Here is more deception by the “save the dolphin” liars.  The thumbnail inserted for a video on YouTube is about the dolphin activity in Taiji, Japan is a photo of Caucasians in the water slaughtering whales.  Were Caucasians in Taiji waters slaughtering whales?  Of course not, that thumbnail is a photo of the Faroe Islands in Northern Europe.
The YouTuber who posted the above thumbnail corrected it and removed it, and now here is the new corrected thumbnail:

There is still a problem.  The problem is that photo of the whaling in the Faroe Islands is still in the video, the video titled "massacre in Taiji."  Another example of the lies told by these type of people.

Link to the above video:
http://www.youtube.com/watch?v=o-HHYR3FO48

Here is another video on YouTube telling a pure lie.  Titled: "...Dolphin massacre in taiji...."  The video and photographs are from the Faroe Islands, not Taiji, Japan.  Meaning the hate for the Japanese people by the “save the dolphin” crowd has been exposed by revealing their lies.
Link to the above video:
https://www.youtube.com/watch?v=tsBaJUEkvHY


This video claiming to expose the dolphin slaughter in Taiji also uses photographs from the Faroe Islands: 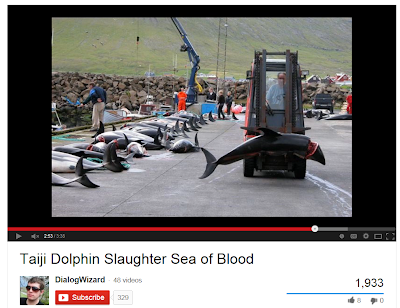 
Another video claiming to expose the dolphin slaughter in Taiji also uses photographs from the Faroe Islands: 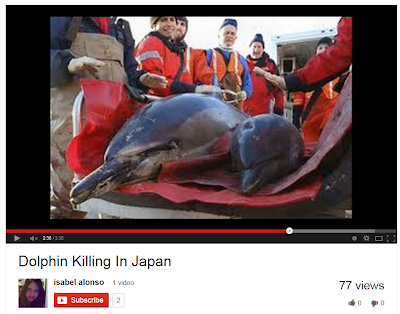 Here is the link to the above video:
https://www.youtube.com/watch?v=n7v2fOTcYD4

Posted by Tony aka: PropagandaBuster at 5:21 PM