Fugitive Paul Watson of Sea Shepherd has appeared in a Seattle Federal Court.  The United States Courts for the Ninth Circuit, Western District.  The case “Institute of Cetacean Research vs. Sea Shepherd Conservation Society.  This is in reference to Sea Shepherd USA violating the Court’s injunction issued December, 2012 ordered Sea Shepherd not to sail within five-hundred yards of the Japanese whaling fleet in the Southern Ocean, an injunction which Sea Shepherd violated. 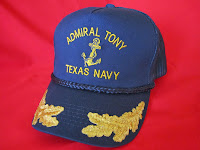 Since Paul Watson is the face of Sea Shepherd, who will replace him?  Flea-face?  No.  Peter   It has been noted Mr. Watson is not a credentialed sea captain.  I being a commissioned Admiral in the Texas Navy by Governor Rick Perry of Texas volunteer to take the helm of one of Sea Shepherd’s rust-bucket garbage scows, but will not be responsible of the vessel is scuttled in port.
Helmethead and/or Cabin Boy? No.

The fugitive not credentialed:
http://www.newyorker.com/reporting/2007/11/05/071105fa_fact_khatchadourian?currentPage=all

In this document as credentialed sea captain is referred to as “master:”
http://www.canlii.org/en/nl/nlca/doc/1996/1996canlii11063/1996canlii11063.html?searchUrlHash=AAAAAQAKUiB2IFdhdHNvbgAAAAAB

Posted by Tony aka: PropagandaBuster at 10:43 AM