“The Next Wave” a televised documentary by reporter Mark Willacy (see link to the video at the
bottom). 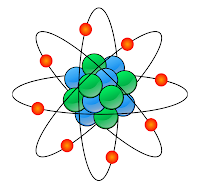 Wrong:  Three Mile Island was nothing on any scale compared to Chernobyl and Fukushima except in the hallucinations of the leftist, liberals, and anti-nuclear zombies.  Early on in this writing you can gather where my sympathies are.

At around two minutes into the report/video Mr. Willacy exposes his bias and contempt for the Fukushima nuclear power station owners.

Mr. Willacy made twenty-three trips to Fukushima, and five inside the “no-go zone.”  Was he not concerned for his health or exposure to radiation as he claims he is for the people illustrated in his report?  Or is the danger as prevalent as he claims in his report?

In the video before entering the “no-go zone” Mr. Willacy dons a paper thin jumper while leaving his head, face, and hands exposed to the elements - to what purpose?

About a third into the report Mr. Willacy focuses on a mother concerned about the health of her two children ages two and four.  The mother is skeptical about the information coming from the authorities in reference to the radiation and the possibility of thyroid cancer.  What parent on this planet would not have the same concerns?  The mother has every right to feel as she does out of concern for her children.  So was Mr. Willacy engaging in an over-dramatization?

A Japanese doctor who is a thyroid cancer specialist states the incidents from Fukushima are high but cautions against drawing any conclusions.

The doctor mentions according to doctors in Fukushima this time period is too soon to March, 2011 to draw a correlation.  He continues by adding drawing a correlation this early is unscientific.

Another doctor is interviewed stating the spike in cases should be thoroughly investigated.

Then he interviews a doctor in the United Kingdom who researched the Chernobyl incident.  She said the same problem would not be located in Fukushima because in Chernobyl a far greater amount of iodine was released.  Also said the Japanese are using extremely sensitive equipment which would lead to a higher discovery rate.  She said if you look for a problem with overly sensitive equipment you will find a problem and worry people unnecessarily.

The video is replete with images of cooperative children being tested and rightfully concerned parents.  The reporter once again is critical of authorities and accusing them of not being candid with  Perhaps the authorities do not want to ignite fear and a panic.  However this avenue is never explored by the reporter.
parents.

He shows parents taking children in for private testing stating if thyroid cancer is identified early enough it is almost always curable.  The problem is?  Is the problem that parents have to initiate the screenings?  Is that not the role of parents?  Should not all parents be concerned about the health of their children after such an incident?  Is the reporter implying that concerned is only manifested if the government is injected?  Nonsense that is the role of parents with or without government. 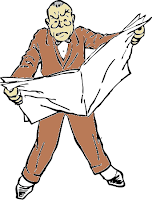 Mr. Willacy laments the authorities have refused to release any data concerning thyroid cancer and show the doctor stating their silence arouses suspicion.  True it can do that, however perhaps once again they are trying to avoid a panic.  With this information not forthcoming then it should be incumbent upon the parents to have their children privately screened.

In other words take care of the children first, then bemoan about the authorities.

He interviews a farmer critical of Japan’s nuclear program in relation to Japan suffering the attack of two atomic bombs.  The farmer states “Japan is a stupid country.”

The reporter exploits the tragic death of the famer’s father by suicide.  The father ended his life because he was told by authorities due to radiation contamination he could not bring his crops to market.  Yes it is very tragic and heartbreaking to learn of his suicide.  However the reporter was a bit over dramatic in this portion of the video.  He also omitted a known truth that Japan has one of the highest suicide rates on the planet both before and after 11 March, 2011.  That is not to diminish the tragedy of this farmer’s death but to illustrate a determined reporter not to be objective.

The reporter devoted around six minutes of the near thirty minute report concerning this farmer, longer than any other segment of the report.  Why?  To invoke emotions?

It is rather interesting in this near thirty minute report Mr. Willacy interviews a number of people and he was only to locate one person who was not critical.  Note that he had to go way over to the United Kingdom to locate that person.  Could one draw a conclusion since those interviewed were overly in one direction on this issue that the reporter had a set tone for the report?  Can anyone say “bias?”

It is because of that demonstrated bias the whole report should be view with skepticism.  Perhaps someone can point to another so-called independent report downplaying the negative effects.  Doubt it as the funding will not be there for such a project.

Understand my analysis of Mr. Willacy’s report in no way attempts to diminish the horrific tragedy of the 11 March, 2011 earthquake / tsunami that devastated a large portion of Japan and ruined the lives of many.  The concerns and feelings of these victims in my estimation would always be valid.  My comments are only directed solely to what I see as the intent of the reporter.  To me this reporter represents all that is wrong with the news media.  Using this tragic situation as a vehicle to promote one’s agenda is a disgusting example of exploitation and depravity.

The reporter’s anti-nuclear agenda is radiated throughout this report.  Nuclear energy is important to the nation of Japan.  In 2010 Japan’s energy sources were: 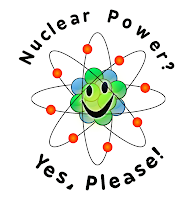 Meaning Japan imports around 82% of their energy sources.  Note these figures come from before 2011.  Since nuclear power plants have been taken off line that 82% foreign dependency is higher.  This is a very unreliable world replete with dangers, disruptions, and political turmoil.  Nuclear energy in Japan contributes to the reduction on that foreign dependency.

Mr. Willacy’s report was a disservice to the nation of Japan and the people of Japan.