Who you're gonna blame? 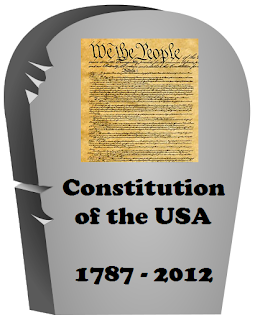 Blame:
1 - The U.S. Supreme Court
2 - President Barack Obama democrat
3 - The Democratic Party
4 - The bastardization of the Interstate Commerce clause in the U.S. Constitution

Associate Justice of the Supreme Court Elena Kagan when she was President Obama’s Solicitor General, she crafted the Obama’s Administration strategy to argue in favor of Obamacare if and when it went before the Supreme Court.


Justice Kagan should have recused herself, however these people have no conscious, judicial decorum, or civility.  They just have an agenda, a leftist agenda.

God help the United States of America.
Posted by Tony aka: PropagandaBuster at 9:58 AM