Sea Shepherd getting a new vessel


Good news for the Sea Shepherd minions, their cult is getting a new vessel purchased for them by pervert Hollywood thespians. 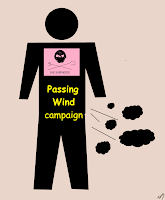 It is also good news for those who enjoy laughing at Sea Shepherd.  This new vessel will most likely meet the same faith as previous Sea Shepherd’s rust-bucket garbage scows:


1 – One was confiscated by Canadian authorities and left there.
2 – Another vessel committed suicide by purposely ramming a Japanese vessel.  The damaged vessel while being towed by Sea Shepherd’s Steve Irwin had the tow line cut per reports from a former cultist.
3 – Their vessel Bridget Bardot in their latest campaign “Passing Wind” was hit by a “Divine Wind,” cracked the vessel and took it out of service.

Looking forward to this new vessel proving to be another source of waited money and amusement.

Sam Simon (producer for “The Simpsons”) is providing the funds and is quoted as saying:


Remember that in Japan the next time you decide to watch “The Simpsons.” 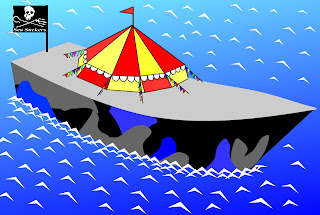 This new vessel will be another tent in their floating circus.

Related article:
http://www.ecorazzi.com/2012/06/19/the-simpsons-co-creator-is-buying-sea-shepherd-a-new-ship/
Posted by Tony aka: PropagandaBuster at 9:14 PM

Considering the fact that the 'Sea Shepherd' busybodies are interfering in lawful commerce on the high seas I can only hope that someday they go down with all hands. If I had the money to buy a ship I would provide them with that end myself.

I should listen to you because? Oh yes, your numerous spelling and grammar mistakes in this blog. Sea Shepherd has done more for the earth in a day then you will ever do in your lifetime. Your footprint just plain sucks and you could do the earth a favor by jumping off a cliff, hopefully into a body of water with sharks

With all the spelling and grammar mistakes and the parochial cartoons this was obviously written by a kindergartner.

How much do you get paid from japan to write these?

Pull Japans Cock out of your ass!! Sea Shepherd have saved more Animals than any banner waving charity out there! The fact that you have wasted your time in posting this stupid blog would suggest that your as blind to the harsh realities that go on in this world as most people sadly are. Open your eyes! Prick!

This website should be taken right off the web. What fuckin trash you are to put this up, I hope you rott in hell you peiece of shit. Hurry up and drown already, SEA SHEPPARD FOR EVER!!!

Personally I don't have any time for Paul Watson, anyone who would put a Whale's life before the lives of his crew needs his head examined... but !!

The Adi Gill did not as you say commit suicide, it did in fact run out of fuel and as the Bob barker would loose the whaling fleet if it stopped to refuel them, they were forced to break off and wait for Watson. The Japs rammed the fiberglass Adi Gill cutting in it two. This was attempted murder my friend, the crew of that boat were defenceless.

Look at all these civil comments by the peace loving environmentalist. "do the earth a favor by jumping off a cliff, hopefully into a body of water with sharks", "pull Japans Cock out of your ass", "hope you rott in hell you piece of shit, hurry up and drown already".

Seems if one commits the sin of thinking for themselves and shows a difference in opinion, this is the way the peace-loving 'environmentalist' respond. Very well done guys, you are winning many hearts for your cause...