Fast and Furious Executive Privilege, silly season upon us


Fast and Furious Executive Privilege,
silly season upon us 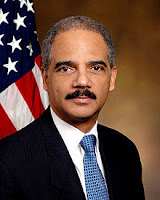 
This program set up to trace gun sales in the USA to the drug cartels in Mexican, the drug gangs.  A gun shop received an order from one person to purchase 575 AK47’s, stating it was for personal use.  The gun shop notified the BATFE, who urged the gun shop own to go through with the sales.  The AK47’s wound up in the hands of the drug cartels, along with about 2,500 other weapons flowing south under the watchful eye of the USA government – BATFE (ATF).

The excuse was the BATFE wanted to see where the weapons would end up and with whom.

When Border Patrol agent Brian Terry was murdered on December 14th, 2010, the serial numbers on the weapon used was traced to a gun shop in Arizona.  The sale was reported to the ATF (BATFE), and no effort to block the sale or confiscate the weapon.


It has been suggested the AFT allowed these guns to head south of the border to use as a tool to justify an increase budget to thwart the flow of weapons into Mexico.


One of the most infamous incidents of “Executive Privilege” was with President Nixon (Republican) in the early 1970’s in reference to the Watergate affair.  Because of this, the national news media basically ran President Nixon out of town resulting in his resignation. 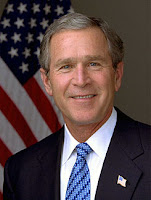 No one died in the Watergate affair, however hundreds died and a border Patrol agent died because of Fast and Furious.  It is going to be interesting to see the compliant news media provide cover for the regime.


Recently the Attorney General’s office indicated the Fast and Furious program started with President Bush.  This administration has been blaming President Bush for everything close to four years.  How come Eric Holder is withholding documents implicating President Bush?

Posted by Tony aka: PropagandaBuster at 8:47 PM