Watson and his minions hate for Japan 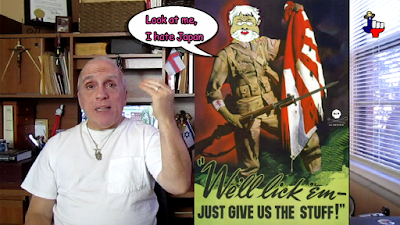 Link to above video:
https://www.youtube.com/watch?v=pkU_q7ADe3c


Watson and his minions hate for Japan

In a recent Facebook posting by the criminal cult leader of Sea Shepherd fugitive Paul Watson unabashedly exposes his borderline psychopathic hate for the people and nation of Japan.  Here in part are some of his ranting:


“Japan has become a toxic culture”

Japan and the Japanese culture are toxic?  No matter your interpretation when labeling a people and their culture as “toxic” that is not an expression of love and/or respect.  It is an unadulterated expression of hate.

The citizens of Japan fear their government?  What world is this criminal inhabiting?  It is not unusual to see in Tokyo anti-nuclear, anti Prime Minister, and anti-Emperor demonstrations.  All these demonstrations are protected by an overwhelming police escort.

Face it folks, this man the fugitive criminal leader of this cult has an uncontrollable hate for the nation and people of Japan.  Is this hate rooted in pure emotion or a desire to produce donations from his minions? 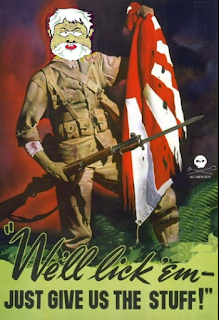 After he posted his hateful Facebook post, his minions left their expression of hate.  Here are just a few comments left by the cult group’s minions:

“This is why I keep saying Japan needs one more goo bomb drop to end the stupidity.”

“Japan should have been wiped from the face of the earth.”

Remember these are the minions who claim they have compassion.

Link to Texas Daddy store:
http://texas-daddy.shop-pro.jp/
Posted by Tony aka: PropagandaBuster at 2:26 PM