Paul Watson the criminal cult leader of the floating circus Sea Shepherd seems to be afflicted with two personas.  A U.S. Federal Court a few years ago issued an injunction prohibiting Sea Shepherd from sailing within five-hundred yards of the Japanese whaling fleet in the Southern Ocean.

Thus by making this claim he releases himself of any culpability involving Sea Shepherd vessels registered to other Sea Shepherd cult groups while harassing the Japanese whalers in the Southern Ocean.  Not so fast!

Recently the other Watson (remember, Watson’s two personalities) wrote on this Facebook page in reference to his application in applying to becoming Executive Director of Greenpeace and being rejected:

“I also offered to coordinate Sea Shepherd’s 9 ships with the three Greenpeace ships so that Sea Shepherd and Greenpeace could work together on global issues. Together that would have given us 12 ships and I do know how to strategically deploy ships.”

With this writing he admitted he does in fact have a control / coordinating role with Sea Shepherd’s nine rust-bucket garbage scows.  One of those nine vessels is the MY Steve Irwin as of this writing is sailing to the Southern Ocean to harass the Japanese whaling fleeting.

Meaning when they violate the court injunction Watson will be accountable per his own admission and perhaps enjoy another lawsuit.  Gee, who will let the Japanese whalers know about this Watson confession?  Tony the snitch? 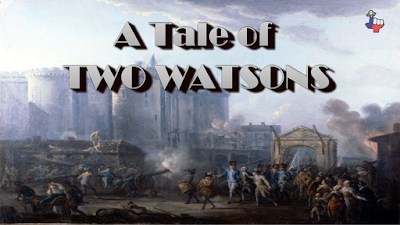 Posted by Tony aka: PropagandaBuster at 10:23 AM