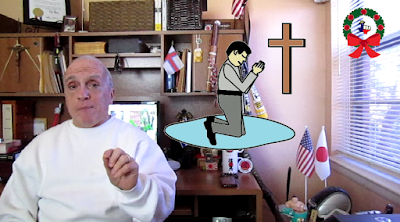 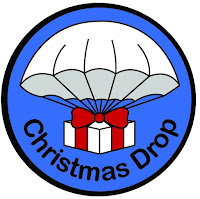 Since 1952 the United States Air Force (USAF) has been engaging in Operation Christmas Drop.  This is an operation where the USAF using C-130s drops via parachutes Christmas goodies to the inhabits of remote islands in the Pacific Ocean.  The islands are parsley inhabit and part of Micronesia, the Mariana Islands, and Palau.

Christmas is a Christian holiday celebrating the birth of Jesus Christ.  The Christina population in Japan is around 2.3%, while in South Korea that number is 29%.  The numbers speak volumes all of which point towards the South Korean president being riddled with pure hate.  How pathetic is that?

Article referenced in this video:
http://bigstory.ap.org/article/f4f32175842c4655a5331c08eeef5001/australia-japan-us-drop-food-toys-pacific-islands

Link to Texas Daddy store:
http://texas-daddy.shop-pro.jp/
Posted by Tony aka: PropagandaBuster at 12:11 PM