Japan, you have enemies within 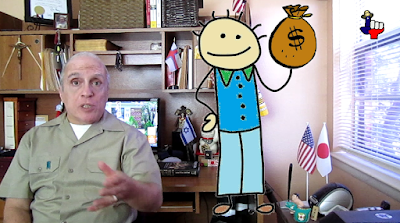 Link to above video:
https://www.youtube.com/watch?v=w8shhI0RDDc


Japan, you have enemies within

A South Korean photographer named Ahn SeHong (or Ahn Se-Hong) in 2012 scheduled a photograph exposition in a public area in a Nikon building in Osaka, Japan.  It was to feature photographs of Comfort Women.  This planned event resulted in Nikon receiving criticism for allowing such an exposition.  In the interest of public safety and fear of possible violence Nikon canceled the photograph show.

Ahn SeHong then rescheduled the event in another building in Osaka.  Mr. Ahn SeHong is South Korean living in Japan.  He sued Nikon for suppression of “freedom of expression” as guaranteed under the Japanese Constitution, specifically article 21.

Historically constitutions that guarantee “freedom of speech” and/or “expression” protect the citizenry from government censorship.  In the USA the “freedom of speech” (and by extension “freedom of expression) protects citizens from the government suppression of both.  Expressing anti-government rhetoric is protected from government censorship.  However it does not prevent a private enterprise from restricting speech and/or expression on their property or within their employ.
A Japanese judge ruled in Ahn SeHong’s favor awarding him a sizeable monetary judgement.

Nikon’s decision should have been protected under private property rights.  Does the Japanese constitution protect freedom of speech / expression extends to private enterprises?  Would this court’s decision be upheld on an appeal?

If this decision is left to stand then companies throughout Japan may restrict or end their public access areas to avoid lawsuits.  Meaning anyone would be able to have access to public access areas on private property no matter how repugnant it may be.

Ironically such freedoms are not enjoyed in South Korea, Mr. Ahn SeHong’s homeland.  Article 21 of the South Korean constitution reads in part:

Basically freedom of speech is restricted in South Korean so this South Korean Ahn SeHong travels to Japan to abuse the Japanese constitution.  Nice eh?

Link to Texas Daddy store:
http://texas-daddy.shop-pro.jp/
Posted by Tony aka: PropagandaBuster at 11:05 AM