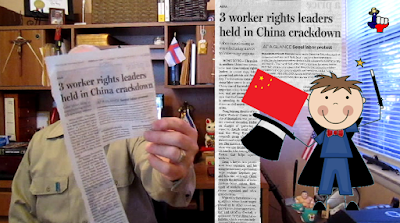 The Dallas Morning News reprinted an article from The New York Times titled: 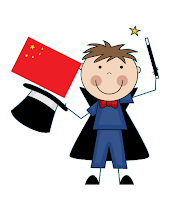 The article indicated a number of those arrested by Communist authorities “had disappeared.”  This modus operandi is emblematic of the Communist thuggery.  The same “disappeared” faith has befallen Communist Party victims in East Turkestan (Xingjian) among the Muslim population and in Tibet with Buddhists Tibetans.

Remember: “Made in China.”

Article referenced in this video:
http://www.nytimes.com/2015/12/06/world/asia/china-arrests-at-least-3-workers-rights-leaders-amid-rising-unrest.html?_r=0

Posted by Tony aka: PropagandaBuster at 12:57 PM