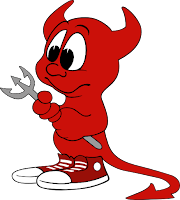 “We’ve got to do everything we can to weed out hate and plant love and kindness.”

Isn’t that nice Hillary promoting “love and kindness?”   Tell that to the following:

After Muammar Gaddafi boasted in reference to his death: “We came, we saw, he died,” and finished off with a hardy laugh.

During a Congressional committee investigation into the murders of four Americans in Benghazi, Libya Bill’s wife Hillary bellowed:  “What difference does it make.”

Yep that is “love and kindness” Hillary style.   Oh, please note Hillary Clinton is a Democrat. 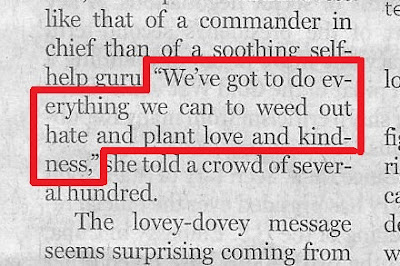 Posted by Tony aka: PropagandaBuster at 12:22 PM