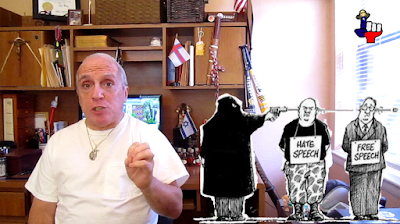 Link to above video:
https://www.youtube.com/edit?o=U&video_id=ADetbIiTkTg

Subsequently the UN Human Rights Council amended the request to include all minorities.  Satisfied?  Nope, because hate speech laws are in reality anti-free speech laws.

This protection does not only appear in the U.S. Constitution as it also appears in the Japanese Constitution, Article 21 which reads in part:

Link to Texas Daddy store:
http://texas-daddy.shop-pro.jp/
Posted by Tony aka: PropagandaBuster at 10:40 AM