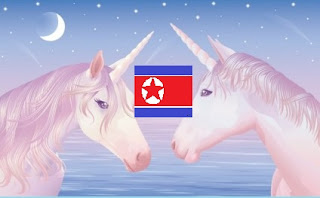 The lunatic commies in North Korea (The Hermit Kingdom, the gulag north of the 38th parallel on the Korean peninsula) claim they have located a Unicorn liar dating back to an ancient Korean King Tongmyong, who is reported to have ridden the creature.  Located in the ancient city of Koguryo (near or were the current capital is Pyongyang.


Remember North Korea is the same joint that claimed the second Dear Leader of North Korea Kim Jon IL:
Invented Hamburgers
Made eleven holes in one his first time playing golf
Wrote 1,500 books while in college

Joking about the lunatics aside, North Korea has a very evil side.  They main political prison camps numbering around 150,000 victims.  One camp is Camp 22 reported to have 50,000 prisoners.  Recently on the television show “60 Minutes” they interviewed Shin Dong-hyuk.  He escaped prison camp 14.


The commies not only arrest the political prisoner but the whole family and keep for life the whole family right down to the grandchildren till death.  See the interview link below.  The book written about Shin Dong-hyuk is titled, “Escape from Prison 14.”


No nation should have any involvement with these barbarians until all political slaves are released.
Related news article: 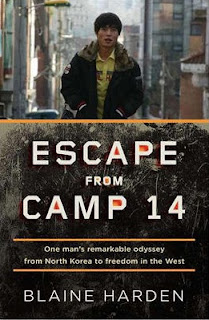 Posted by Tony aka: PropagandaBuster at 5:46 PM