Four Americans murdered September 11, 2012 at the American Consulate in Benghazi, Libya.  The American news media involved with the Obama administration is actively involved in a cover up and a diversion. 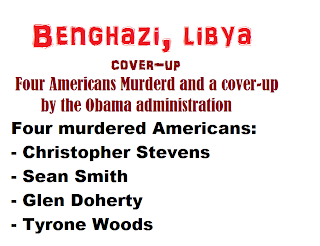 The American public needs to have “why” and “who” answered.


Why was military and CIA assistance refused during the 7 ½ hour attack upon the Consulate while it was being watched live in The White House Situation Room from an American drone above Benghazi?


Who gave the order not to provide assistance?


Why are the Republicans in the House of Representatives allowing the news media and the Obama administration get away with this diversion? 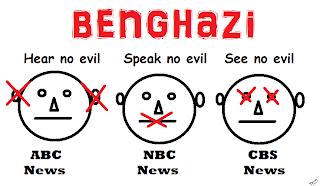 Posted by Tony aka: PropagandaBuster at 6:47 PM