Facebook deleted photographs I posted on my Facebook page.  Apparently the photographs offended Facebook and the dope(s) who complained.  It is interesting Facebook does not allow one to defend against the complaint.  A person complains and Facebook validates the complaint without any attempt to justify.

First photograph deleted was two photographs together:  A picture of the flag (Sun Rise flag) of the Japanese Maritime Self Defense Force - JMSDF, a strong ally to the United States.  Included with the photo was another photograph of a sun rise in Texas.

A person(s) complained an apparently Facebook agreed the flag of an allied navy to the USA and a sun rise in Texas is offensive.

Later I posted a photograph of me on my Facebook page of me pretending to be a mug shot.  A complaint was made, and Facebook once again without attempting a defense from me deleted and suspended me.

Facebook is a private company and has every right to behave has they do as I have those same rights to complain. 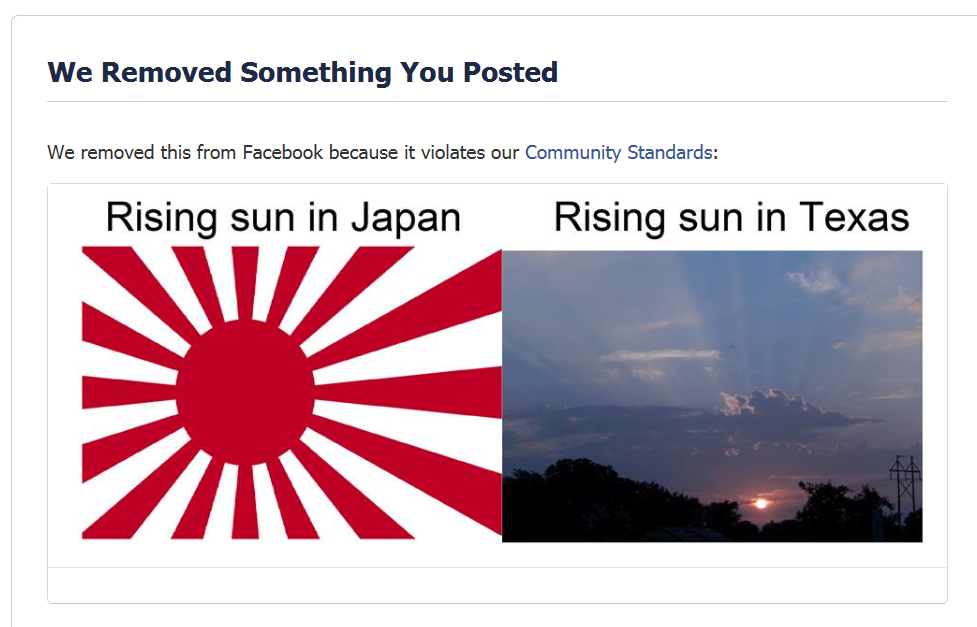 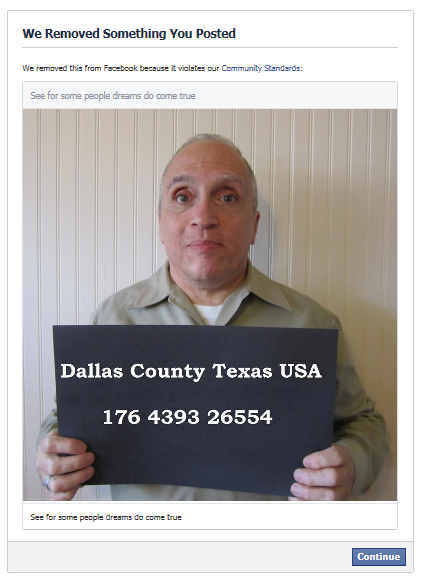 Posted by Tony aka: PropagandaBuster at 2:02 PM