The uncle of Kim Jong-un (“un” short for “unnecessary”*) was arrested and within days executed. The executed uncle, Jang Song Thaek was charged with capitalism.  Apparently being a capitalist in The Hermit Kingdom (North Korea) is a capital offense punishable by death. 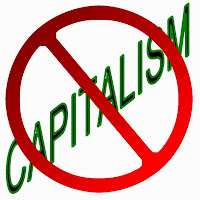 capitalism is a crime.

Communism is pure evil and those who enable the practitioners of this bankrupt ideology are as equally guilty.

* = The “un” in the name Kim Jong-un does not represent “unnecessary.”  Writing it in the first paragraph was written to insult the jerk. 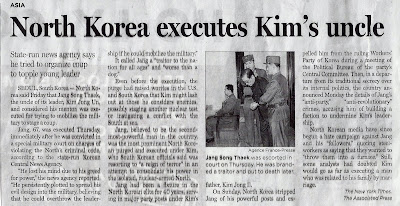 Posted by Tony aka: PropagandaBuster at 7:48 PM