The Civilized Pray for Japan while the Lunatics Bash Japan

The Civilized Pray for Japan while the Lunatics Bash Japan

As of date within two days two earthquakes have hit Japan.  Civilized people around the globe are expressing support and prays for Japan.

However this is also a time for the anti-whalers and save-the-dolphins insane asylum escapes to use this tragedy as a vehicle to expose their hate for the people and nation of Japan.

Prime Minister Shinzo Abe of Japan has a Facebook page.  It is easy to read the hate left by pathetic people riddled with hate.  Below is on such ranting left after the second earthquake hit Japan:

“Earthquake close to another nuclear plant remind the World of Japan’s criminal lack of Ecological Civilization and our Fukushima Relief Aid going to spruce Japan’s illegal whaling fleet.  Sorry, unfortunate Japanese citizens but no help from me this time.”

Apparently Ms. Lassen-Smith is victim to the lies told by Sea Shepherd’s criminal cosplay cult leader Paul Watson or she is the one perpetrating this lie.  The money donated in the aftermath of the 11 March 2011 Japanese earthquake went totally to the relief of the victims.  The Japanese government did not touch or divert any of the donations.

In order for these anti-whalers, save-the-dolphin drones to advance their propaganda they must rely on telling lies because telling the truth would only expose their empty positions. 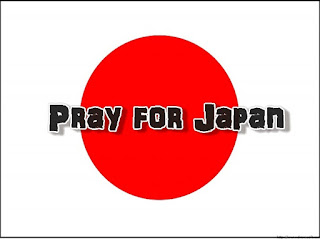 Posted by Tony aka: PropagandaBuster at 4:38 PM