Earlier this week there were reports coming out of Japan near Taiji of Paul Watson sightings.  The local police were notified to investigate, apparently nothing came of it.  Of course not!  That is the last place this fugitive would travel willingly would be Japan.  But think of it, it may have been a smart move making it a move he would never engage in. 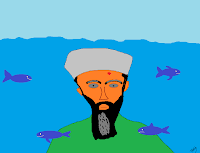 The best place to hide is out in the open.  Who would ever look for him in Japan or believe he is in Japan?  Thinking was the best place for Osama bin Laden to hide would have been an apartment in New York City (Manhattan).  Seeing him walk down the street no one would have believed that was Osama.  Same with fugitive Watson walking down a street anywhere in Japan.


Remember while Watson was waiting in Germany for a possible extradition to Costa Rica he kept bellowing if he was extradited to Costa Rica it would be a death sentence.  He was claiming a so-called Shark fin mafia in Costa Rica had a contract out on his beef-fed head.

Fearing a possible death sentence in Costa Rica he was willing to wait out the extradition process in Germany.  When he learned Japan filed an extradition request that is when he jumped bail in fear.  Meaning he feared sitting in Japanese jail cell more than he feared execution in Costa Rica.  Huh?  That is correct it makes no sense but it does make sense to the senseless, him, his minions, and suckers around the world.


With this distorted fear of a Japanese jail in reference to death in Costa Rica one would have to conclude the last place in the universe he would travel to freely would be anywhere in The Land of the Rising Sun, Japan. 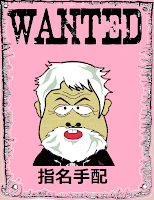 Posted by Tony aka: PropagandaBuster at 11:40 AM