Black, conservative, Republican Herman Cain is being accused of sexual harassment. The so-called sexual harassment took place a number of years ago. The charges stem from verbal and/or gestures supposedly made by Mr. Cain, nothing physical. 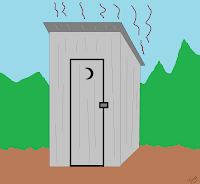 With these accusations the Democratic Party control news media and liberals are attacking Herman Cain. He is being attacked for inappropriate behavior and his fumbling response to the charges. Remember Mr. Cain is black, conservative and Republican.

Go back a few years to a white, liberal Democrat, President Bill Clinton. The incident with Mr. Clinton was not verbal or gestures but physical. X-rated President Clinton has extramarital sex in The Oval Office the White House. The news media and liberals covered for him by saying that was his personal life and no one’s business.

When President Clinton lied to a federal grand jury about it, once again the Democrat apologist said no big deal Mr. Clinton committed a felony by lying to a grand jury because any man in the situation would do the same.

Where are these apologists for Herman Cain? Racist or political?

Posted by Tony aka: PropagandaBuster at 11:56 AM