Korean Pizza video brings out the lunatics in Korea

NOTE: Reference to “lunatic Koreans” means those in Korea who are lunatics. It does not mean all Koreans are lunatics.

I posted a video titled “Korean Pizza, the thief Marco Polo exposed.” In the video I purposely left out any mention of Japan and / or Japanese either verbally or physically. In an attempt to avoid any negative comments directed towards Japan for my video. In the same attempt in the video the only nations mentioned were, Korea, China, Brazil, and Italy. 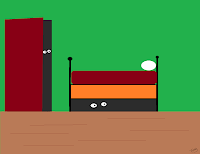 This did not stop the lunatics in Korea from dragging Japan into the video and criticizing the Japanese. They blamed Japan for my video! Huh? My four grandparents were born in Italy not Japan. What part of Italy is not Japan do these lunatics not comprehend? 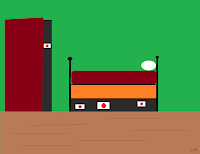 Their main object of their criticism should not be Japan but the nuts in the Hermit Kingdom, Dear Leader, and the commies north of the 38th parallel in North Korea. Be concerned about the aggressive and belligerent behavior and growth of the commie military in China, The Middle Kingdom. Another concern, the skillful but threatening diplomacy of the Russians.

Both South Korea and Japan should be weary of the fore mentioned and solidify their friendship. Look at the Sea of Japan as a “pond.” Much like the Atlantic Ocean is seen as a pond between the United States (USA) and the United Kingdom (UK).

Shun’s Korean Pizza video:
http://www.youtube.com/watch?v=3QTalw9wVFU&feature=channel_video_title
Posted by Tony aka: PropagandaBuster at 10:47 AM

Labels: Korean lunatics in Korea video advisory critical of Japanese blood monsters under bed shock treatment our friends across the pond Sea of Japan Tony in Tokyo Land of the Rising Sun Nippon