In the Sea of Japan sit a group of small islets (very small island or large rock) called the Liancourt Rocks.  Known in Japan as Takeshima, and in South Korea as Dokdo.  Both nations claim the islands, South Korea occupies them.

Would the letter have been refused in South Korea if it originated in Pyongyang, North Korea (The Hermit Kingdom) or Beijing, China (The Middle Kingdom)?

Government authorities in Tokyo have been placing telephone calls to the South Korean embassy in Tokyo and they South Koreans are refusing to answer the telephone.

In Incheon, South Korea in 1957 the citizens raised money to erect a large impressive statue to honor General Douglas MacArthur.  This was in appreciation for MacArthur liberating the city from the commies in 1957.  In 2005 around 4,000 idiots protest the statue and wanted it torn down. 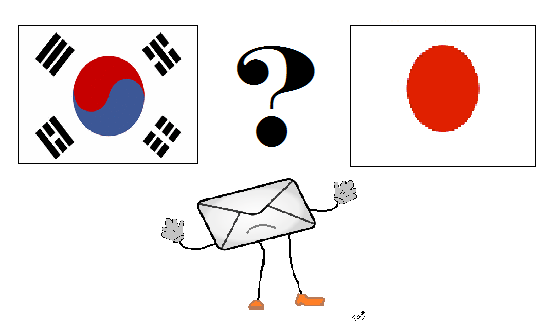 Posted by Tony aka: PropagandaBuster at 12:28 PM