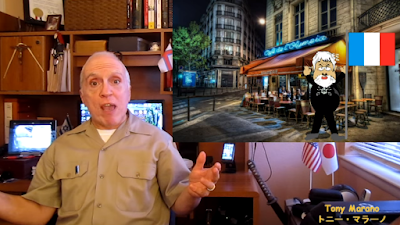 Link to Texas Daddy store:
http://texas-daddy.shop-pro.jp/
Posted by Tony aka: PropagandaBuster at 12:00 PM

HI! TONY.
Our city finally decided to stop relation to SF,
I am so happy because today is the day we
begin to establish our new nationalism.
and I would like to know how do you think about
this precious news?
PLS talk to us in youtube.
I look forward watching that.
sorry my bad english sentences...
BYE from JPN

Some bad Korian and red terorizm say that they are cristiani, the friends of catrici.
They often cash in on good relisions people,Cristiano or Buddismo,as disguise them self.
In Buddism of example, Sohka（創価学会） and Oum（オウム真理教）is most bad Religious cult in Japan. That are crazy Servant of Korian.
They have no bon-sense as humen.
I（楚練）like europian phirosophy,bad I hate them（Krian and Red） very much!
Per favor,tell to Papa in Roma for all perple!

Good Lack for you and friends in U.S.A! From jJapanese patriot soren（楚練）.