A letter from Paul to Sea Shepherd, not the Bible


A letter from Paul to Sea Shepherd,
not the Bible

Some members of Sea Shepherd’s disposable land crew who infested the Faroe Islands this past summer are now revealing interesting stories about cult group’s operation.  Some are communicating the details with Jogvan A. Hovdanum of the Faroe Islands.

In one revelation an email from disposable land crew leader South African Rosie Kunneke informs what Paul has urged his believers / followers / cultists to adhere to.  Basically a letter from Paul to the minions.  That is “pope Paul the Watson.”  Nothing like the Biblical letters from Paul to the Corinthians or Galatians.

In the email Rose the disposable quotes his holiness Paul.  Here is that quote:

“As Paul always say – if you say something, you have to do it/follow though because otherwise you endanger the people coming after you in the activism field.”

Please note Rose the disposable is South African and her first language is English.

Paul implores to do what you say you will do.  Really?  A few years ago when Paul the criminal Watson was in the Faroe Islands he said (paraphrasing) “My freedom is a small price to pay to save the life of a whale.”  Remember according to the criminal cult leader the whales are his “clients.”

Willing to forfeit his freedom?  Paul the criminal jumped bail in Germany to maintain his freedom.  He lives in France to avoid deportation to Costa Rica and Japan.  H is avoiding an Interpol warrant to keep that freedom he was willing for forfeit.  When he urges his minions to follow through on what they say they will do that does not apply to him, because he is part of the elites, while the minions are disposable. 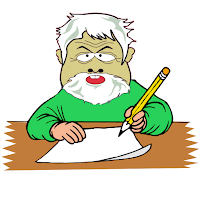 Then there is another elite Flea Face Scott West.  Flea Face two years ago while in the Faroe Islands boasted (paraphrasing) he will stand between a knife and a whale to save the life of the whale.  Really?  Over four-hundred whales were sliced up in the Faroe Islands and Flea Face was nowhere to be seen.  He is part of the elites not the disposables.  According to a Paul do what you say you will do – ha ha ha.

Some years ago Flea Face in Taiji, Japan participated in a community meeting with the mayor, and members of the community.  Flea Face boasted at this meeting (paraphrasing) he knows how to untie the boats from the docks and how to sink them, and he will do it.  Guess who never untied any boats or sunk any boats?  That is correct:  Flea Face.  Remember Paul said do what you say you will do.  Once again only for the disposable minions and not the elites.

Link to the full email mentioned in this video.  The section related to the word according to “Paul” is in the sixth paragraph in the email section:
http://www.nordportal.net/totalt-ok/emails-from-sea-shepherd-leaks-email-no-1-more-to-come

Interview with Flea Face in the Faroe Islands where he said if he had to he would stand between a knife and a while.  That is at the 14:00 minute mark:
https://www.youtube.com/watch?v=6hFVjxxSObQ

Another leaked email not related to this video but about Sea Shepherd and the Faroe Islands:
http://www.nordportal.net/totalt-ok/emails-from-sea-shepherd-leaks-email-no-2-more-to-come

Link to Texas Daddy store:
http://texas-daddy.shop-pro.jp/
Posted by Tony aka: PropagandaBuster at 8:31 PM