An article appeared in The Dallas Morning News – DMN reporting on the Ebola case in Dallas County.  Further into the article was a photograph of one of the four schools being watched for any symptoms of the disease.

In the photograph was a school marquee sign as seen on the grounds of many schools throughout the United States.  This sign on the grounds of Sam Tasby Middle School, Dallas Independent School District - DISD, had the message written in Spanish.  What about the children who do not speak or read Spanish?

This is an example of political correctness promoting diversity to Balkanize the United States.  Thank you American liberals.  In the last forty years liberals have succeeded in eliminating the American melting pot and getting students to identify with their heritage and not to the nation. 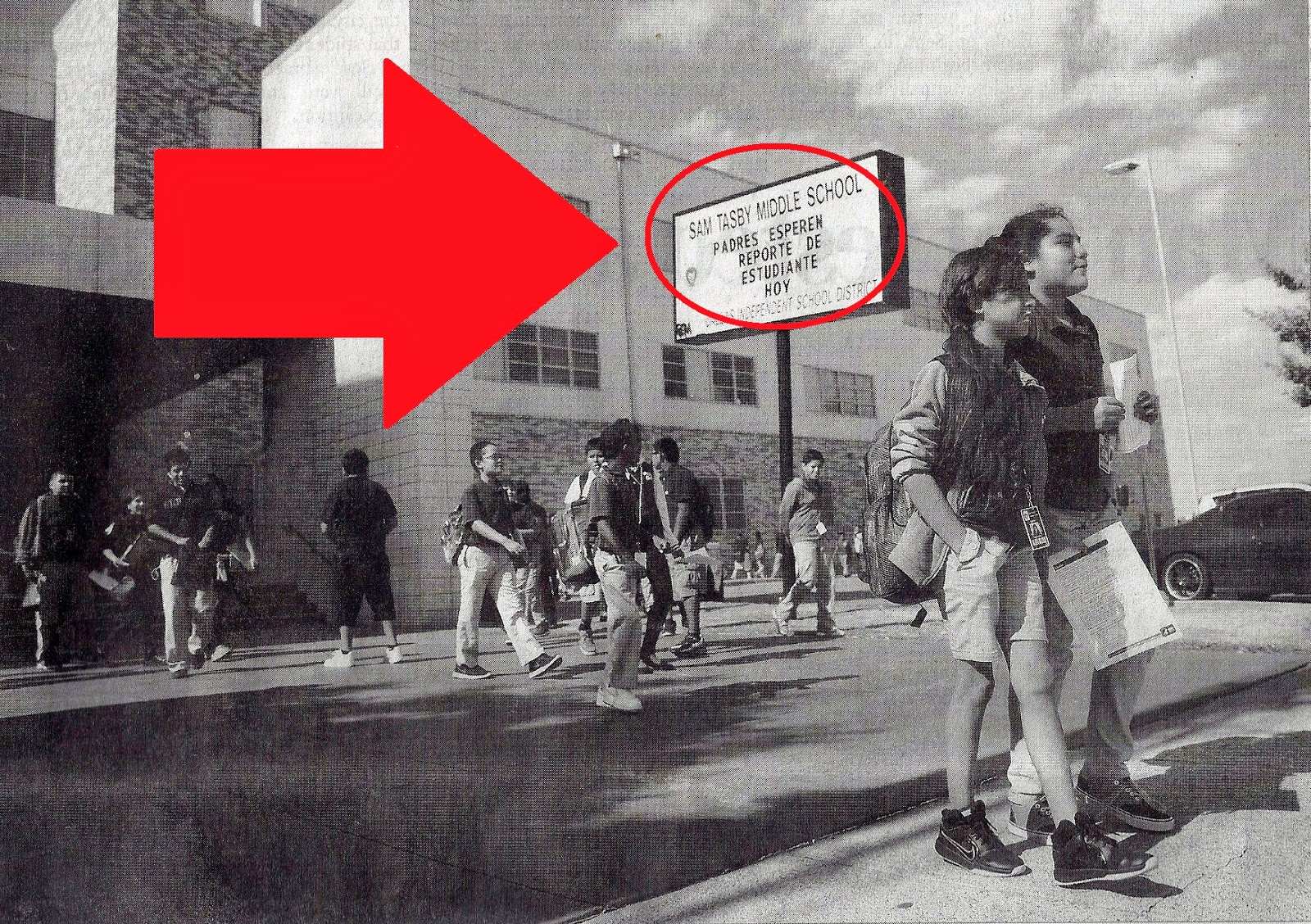 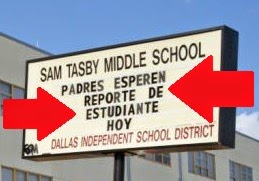 Posted by Tony aka: PropagandaBuster at 12:25 PM