Tim Burns on his Facebook page wrote the following in defense of Ric O’Barry’s misfortunes in Taiji, Japan:

Tim Burns
10 hrs · Edited ·
ANTI ACTIVIST - ACTIVISTS are the reason the victories are few and far apart. Recently a Facebook group decided to do what they called research and report the facts (about the recent incidents with Ric) back to their followers. No one contacted anyone from DP before or after publishing their findings. Unfortunately it is clearly half truths at best only for the purpose of getting more recognition for themselves. Its the only time anyone really pays attention . Many inaccurate statements have been made, and I can only speak to what I know.
The Japanese press broke a story about Ric being the ambassador of a small town in Japan, a good will gesture designed to help promote tourism in this small town south of Tokyo for an ex-dolphin hunter. All was good until these closed FB groups decided they did not like Ric having this exposure and started there circle of criticism that eventually lead to putting pressure to end this relationship. Its understandable and I'm not surprised. But the one that was hurt, was not Ric, it was the ex-dolphin hunter turned tour guide operator. So id say to the Anti Activist-activists - good job, you have achieved your goal of sabotage. We of course filmed the entire event as well as the Japanese press did, but at this point the one who would be harmed is the one we want to help.
This same group claims Ric is or was trying to raise money through DP for the purchase of the rights to the Cove in Japan. Again not accurate. Ric supported the makers of the film trying to buy back the Japanese rights, but all money was going through OPS of which Ric gets nothing and never has. Lets remember Ric did not make the Cove. The Cove is just about Ric, something many people forget.
The same Anti Activist-activist group asserts Ric was driving drunk, since I was there I can assure you he was not drunk and the entire thing was set up by the media. The media called the police and set up the entire thing so he could be harassed, and successfully. MANY police and media were there within minuets of leaving. Shingu police station is 20-25 min. away from the location he was pulled over at. It was a complete zoo, including camera men with ladders all prepared to air. In the end he tested 1/3 of the legal limit. Not even close! His passport was found in the car he was driving, but the police decided it had to be on his person.
Now this group is calling Ric a Liar about his experiences in jail. Its NO ONES place to assert if someone fears the police or does not. No one has the ability to know what someone else is feeling unless they tell you. Torture is most effective when its mental not physical. Since this group was not there and has no idea what he went through - I'm unclear how they can even comment on it, this has nothing to do with fundraising and if this group knows otherwise id challenge them to share the information to prove it. No call for raising money to get Ric out was ever made.
Finally the group has made it there life's work to discredit Ric and his organization. I have read it and I only see a few people who got left behind many years ago and are now disgruntled, often claiming they know Ric or they have worked with Ric. Id think that we all change over the course of 30-45 years and they truly do not nor have they ever really known Ric. I have proudly been a volunteer for Ric for 6 years now. Not once has he ever told me not to work with someone, not to be apart of a group/organization, not to volunteer where I see fit, give money to those I deem needy. In fact its been just the opposite. Regardless of his personal feelings he has always encouraged me to get more involved in others work.
I have to ask those of you in these groups. If you see this bashing, bullying and story telling with no actual facts, then what are you accomplishing. NO GROUP or ORGANIZATION has ever been effective using these tactics. Sometimes they seem like they are really active in an initiative or movement, but as soon as they start to slander in the name of getting to the bottom of it..... RUN, RUN, RUN. They are getting nothing accomplished and are likely riding on others coat-tales because they have no ability to effect positive change themselves. Please consider removing yourself from these groups and negative people and either Concentrate on issues yourself as an independent non affiliated activist or if best for you - align with an organization that fits your philosophies, thats what I have done.
‪#‎IStandWithRic ‪#‎WeAreRic ‪#‎ChangeHappens
Link to the above on Facebook:
https://www.facebook.com/tim.burns.739/posts/10207447355959836
A question screaming out to be answered:  Mr. Burns what “ANTI ACTIVIST – ACTIVISTS” group or groups are you writing about?  Why are you omitting the name or names?  One would think you would either name names or provide a link or links allowing the readers to make a valued assessment.
Without naming names or providing links all we have is your word and that is as good as………….. 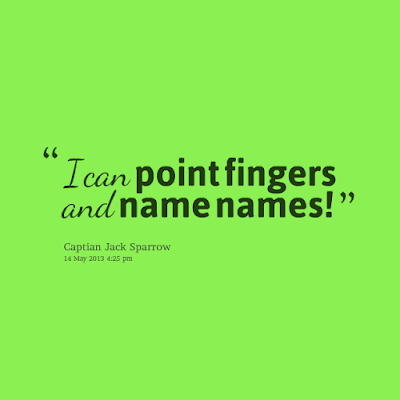 Posted by Tony aka: PropagandaBuster at 6:16 PM