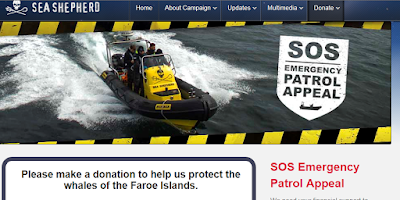 Hey kids, what time is it? 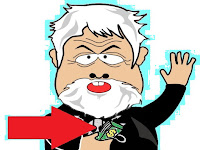 It is time to donate more money to Sea Shepherd.  The criminal leader is begging for money to replace the zodiac seized by Danish / Faroese authorities.  The zodiac was involved in an illegal activity in the Faroe Islands and responsible for slicing the backs of whales with it’s twin engine propellers.

In 2010 when Sea Shepherd’s chartered vessel the MY Ady Gil rammed into the Japanese vessel the MV Shonan Maru 2, the criminal ordered the MY Ady Gil to be released, subsequently adrift and possibly sunk.  The criminal immediately made an appeal for money to replace the vessel.  That vessel belonged to Ady Gil who chartered it for $1.00 a year to the cult group and they made no attempt to pay for the vessel they abandoned. 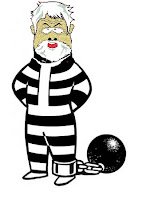 The criminal was released from a German jail out on bail he was ordered not to leave Germany.  The bail was over $300,000 raised by the minions.  Guess what?  He jumped bail, left Germany and forfeited the $300,000 of other people’s money.


-        Not ONE whale saved by the Sea Shepherd disposable minions or rust bucket garbage scows.


-        Sea Shepherd’s zodiac from the Sam Simon sliced the back of whales with it’s twin engine propellers.
-
Yep reads like more money is needed to expand upon their above successes.

Sea Shepherd = other people’s money to be squandered.

Link to donate money if you are either a sucker or a minon:
https://www.seashepherdglobal.org/faroes/donate-now/sos-emergency-patrol-appeal.html

The above lavish donation by the criminal cult leader equals to:

Posted by Tony aka: PropagandaBuster at 8:30 AM