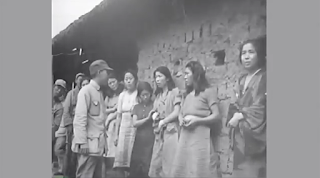 Link to the above video:
https://www.youtube.com/watch?v=zlNbVS_Tpq0

The women were in fear and terrified because they were just captured by the enemy: Chinese troops.  If they were truly held against their will by the Japanese, they would not have ”tremble in fear”….and…”have terrified looks on their faces.”

Link to Texas Daddy store:
http://texas-daddy.shop-pro.jp/
Posted by Tony aka: PropagandaBuster at 3:49 PM

Need To Boost Your ClickBank Banner Commissions And Traffic?