Comfort Women story from beyond eternity

Comfort Women story from beyond eternity

WARNING:  Be careful what you place on the Internet and in emails as it will last beyond eternity.

The City Council of Brookhaven, Georgia on May 23rd, 2017 voted to place a Comfort Women statue / hunk of junk in one of their parks.  It was unveiled in a small city park on June 30th, 2017.

There was and seems to continue a bit of skullduggery going on with relation to this story.  The base for the state and/or the statue itself was in place in the park before the City Council approved.

After the unveiling ceremony the City Council announced the statue will be moved to a larger park.  They claim by doing so the statue / hunk of junk would enjoy greater public exposure.  What they left out was the true reason for the move.  The home owners association surrounding the first park threatened to file a lawsuit to remove the controversial statue / hunk of junk.  By moving the statue to another park they city is avoiding a law suit.

On the fake news website Huffpost  two articles appeared prior to the unveiling.  Both of which were critical of placing that statue / hunk of junk in the park.  The articles:

Soon after the unveiling the Huffpost removed both articles from their website (see link below to read the two full articles).

It seems some people in Japan reached beyond eternity and retrieved the deleted articles.

News article reporting the truth about the threatened lawsuit:
http://www.reporternewspapers.net/2017/07/05/comfort-women-memorial-will-move-another-brookhaven-park/

News articles hiding the truth behind the move to another park:
http://www.ajc.com/news/breaking-news/brookhaven-comfort-women-statue-moved/kZIbM5Wl6ud0hLNXF4nZgP/

Related articles about the statue being placed in the first park:
http://koreabizwire.com/japan-expected-to-oppose-against-comfort-women-statutes/84992 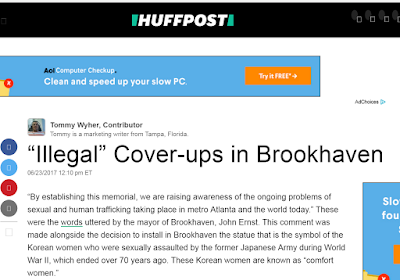 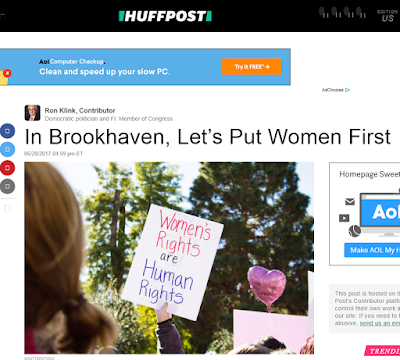 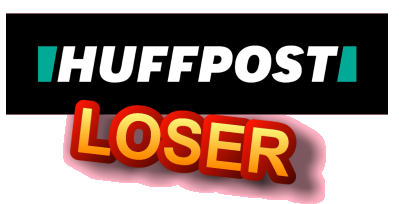 Posted by Tony aka: PropagandaBuster at 5:35 PM