Recently there was a recreation in Selma, Alabama of the Selma March from 1965.  An iconic photograph from that march illustrated Rev. Dr. Martin Luther King accompanied by many civil rights advocates alongside him.  In an attempt to recreate that photograph, the front line of that march in 2015 illustrated President Obama in the front.

Explanation of the 1965 Civil Rights march on Selma, Alabama:
http://en.wikipedia.org/wiki/Selma_to_Montgomery_marches 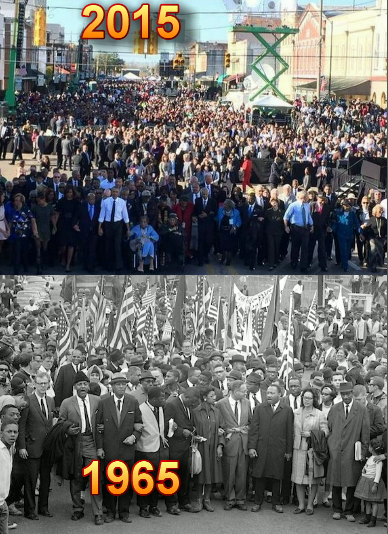 Posted by Tony aka: PropagandaBuster at 5:33 PM