I arrived (in Faroe Islands) with Norrønu (ferry that sails between Iceland, Faroe Islands and Denmark) tonight. About 20 Sea Shepherd people also arrived.

The Faroese travelers were shocked by their unashamed behavior.

I witnessed, along with four other Faroese persons, four Sea Shepherd people sitting across from our table filling their bags with stolen food from the restaurant on the ferry this morning, Sunday morning.

Unfortunately, I was only able to take a picture of the thieves, which is attached (to the letter sent to the news site), where we see 3 Sea Shepherd people having breakfast next to our table. Their method was to go up to the buffet many times filling their plates and at the same time taking many napkins, which they used to pack their food with, before stocking up their bags. 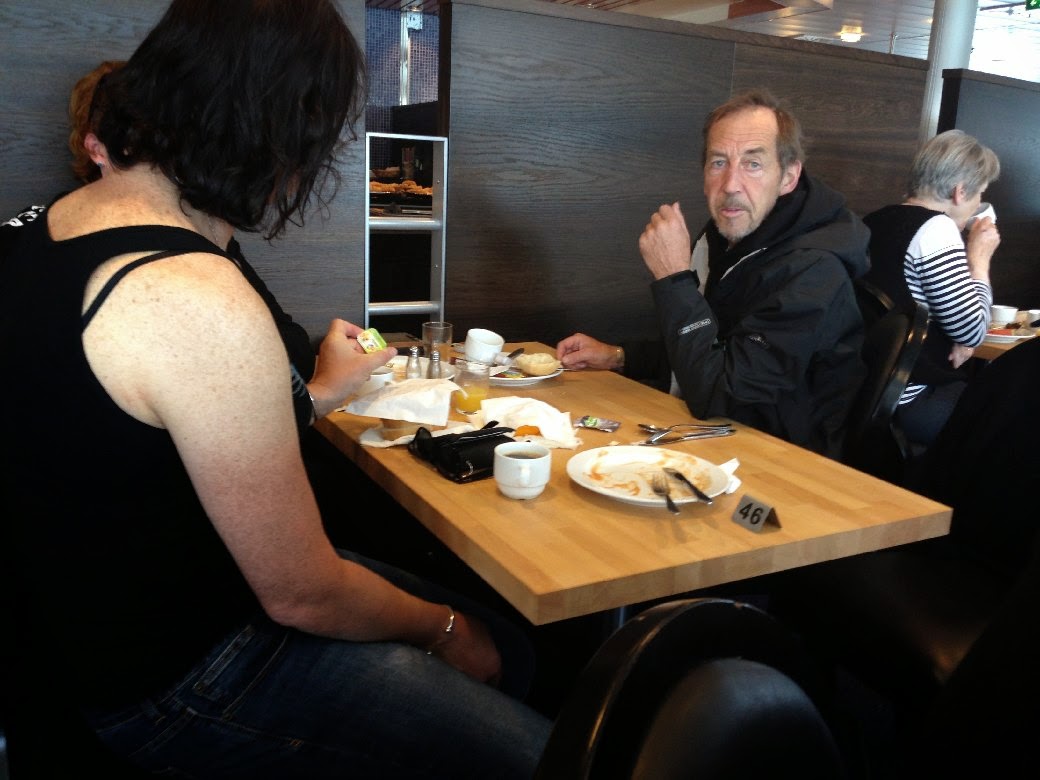 In the photo we see some of the food packed in napkins, where the dark haired woman also steals some butter, while she is holding the bag between her legs with her right hand, and food packets after food packets go in this bag.

The red haired woman, who is seen partially, did not have a bag but used a hat that resembled a ski mask. She filled the ski mask with as much food as the ski mask could hold.

One chair in the photo is empty because the fourth thief had just left with his stolen food.

The man on photo who saw us taking the picture was the person with the largest bag. It was a very large back bag and he was pacing a lot to steal food and fill his bag. I followed him when he left with the bag stuffed with stolen food. I walked behind him and he went to his room where he delivered his bag and then he went to the 8th deck (open deck on top of the ferry). There he provoked some Faroese people at the bar. He did not succeed in provoking them and I stopped following him.

I spoke with other Faroese people who were also having breakfast this morning and they were shocked by what they saw by another team of Sea Shepherd people.

Furthermore, almost all Sea Shepherd people had the Faroese flag on their shirts - and tonight, before going ashore, they plastered banners with a skull on the Faroese flag.

I would like to know if journalists will ask them in any press conference if Sea Shepherd will continue their mission with stuffed bags of stolen food, and thereby preventing Faroese people getting food legally. 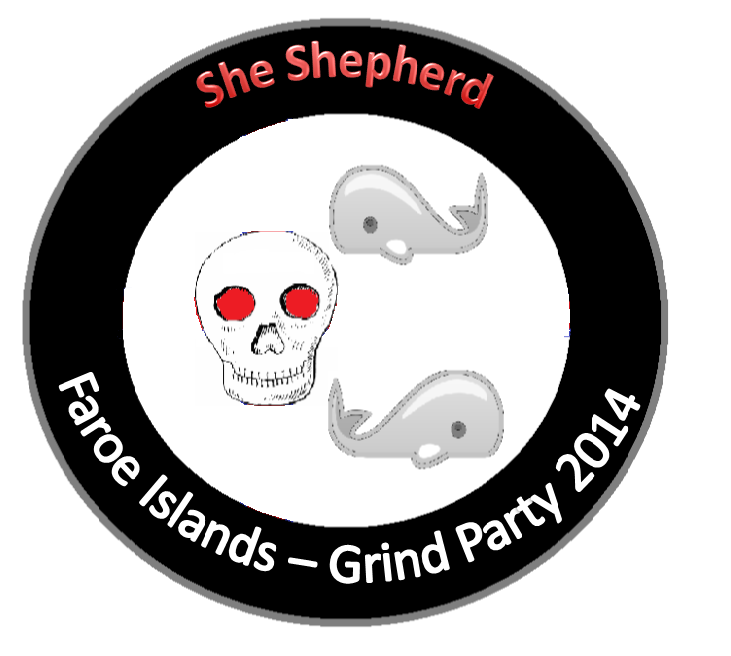 Posted by Tony aka: PropagandaBuster at 6:36 PM