Sea Shepherd’s sub-human group the Cove Coward Guardians (Cove Guardians) recently reported the fishermen in Taiji captured 250 dolphins to be slaughtered and / or sold to mariners around the world.

The Cove Cowards made this assessment sitting high above on a hill top / mountain.  From this perch they claim they were able to count 250 dolphins.  How did they do that?  How do these Cowards know they did not count the same dolphin more than once?

Then the dopes in the news media, notably the Australian press reported word-for-word the 250 dolphin number.  Because if Sea Shepherd said it, then it is a fact to the biased news media.

It was also reported this was the largest capture in four years.  Coincidently during these four years the capture numbers keep increasing and it so happens Sea Shepherd has been in Taiji these past four years.  Proving the effectiveness of this group is zero.  Unless you measure their success by money they get from emotional wrecks around the globe, then they have been extremely effective. 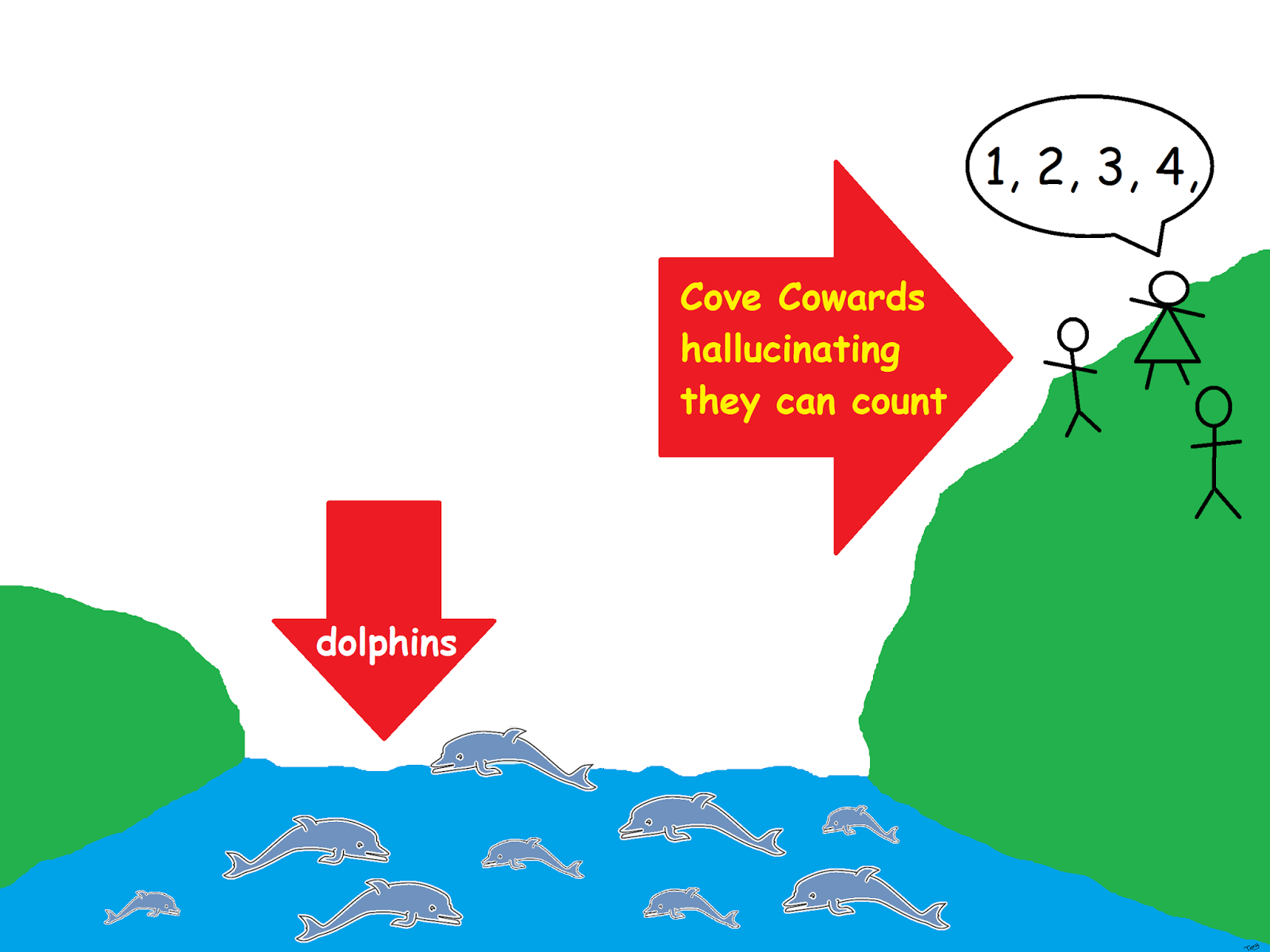 Link to Texas Daddy store:
http://texas-daddy.shop-pro.jp/
Posted by Tony aka: PropagandaBuster at 8:06 PM